An ambitious mix of genres gives us one of the strangest videogames in many years.

Zanki Zero, a new adventure from the guys who brought us the excellent Danganronpa series, immediately had my attention. Despite its weird name, its convoluted stack of gameplay mechanics and its questionable pacing at times, Zanki Zero had me hooked from the beginning to its curious end.

Having decided that he’s had enough of life, a young man throws himself off a ledge to his death. But instead of sweet release, he wakes up to discover that he’s somehow landed on the oddly titled Garage Island – a deserted place detached from the rest of the world. He’s not there alone, however – with him are a group of colourful characters that are as mysteriously stranded as he is, and together they must find a way to survive on this strange paradise and get to the bottom of what the heck has happened. 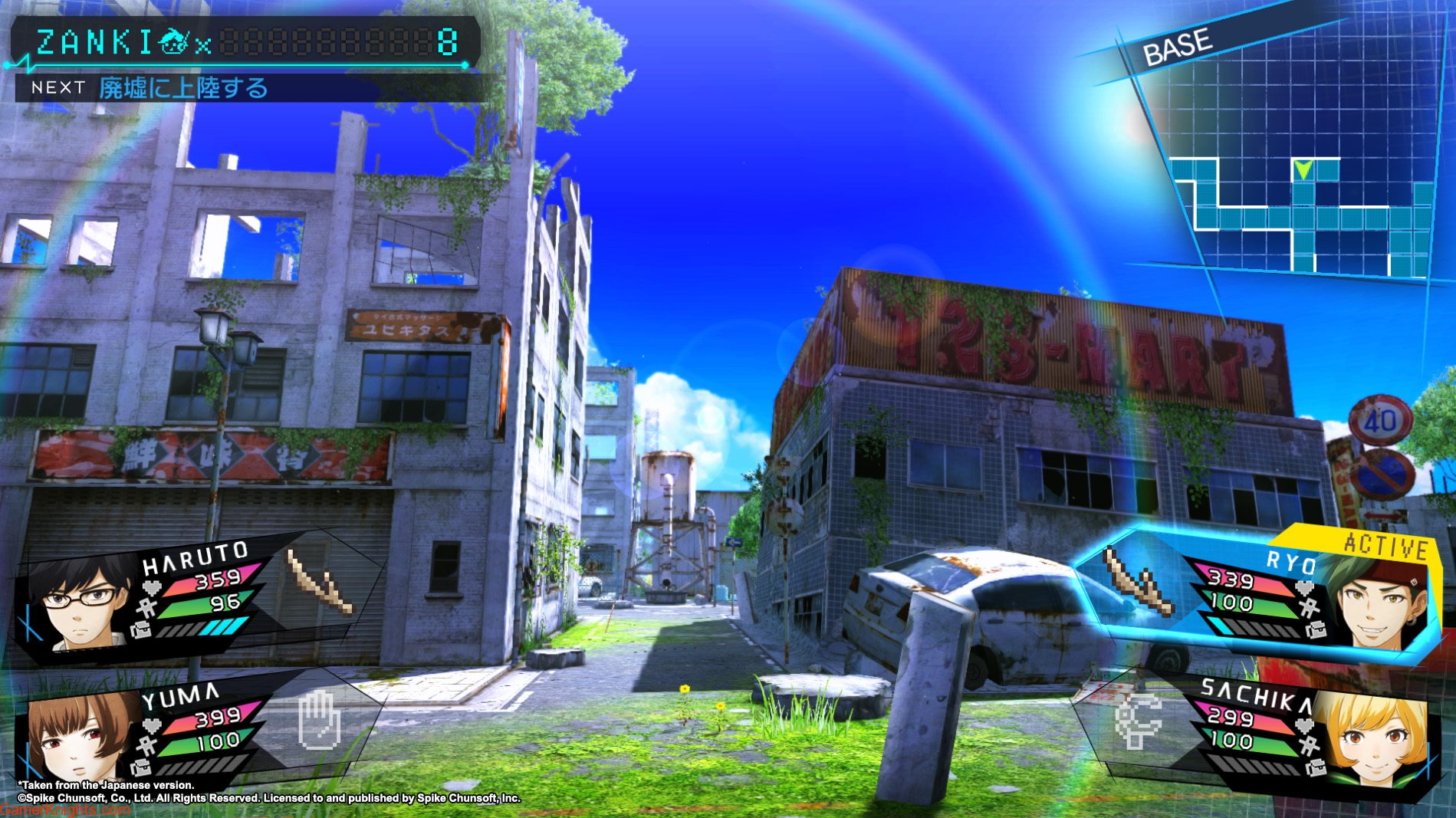 This is but the beginning of Zanki Zero, and the rabbit hole down which our plot disappears is a strange and always interesting one. Despite being filled with baffling tropes commonly found in Japanese videogames – especially those that feature visual novel elements, as ZZ does – I was pretty hooked on the story right up until the credits crawled.

Gameplay is where Zanki Zero really takes a turn, however. Whilst I initially expected a visual novel centric game like the Danganronpa series, only allowing for intermittent gameplay breaks to mix things up, Zanki Zero instead proudly boasts a whole variety of gameplay loops.

At the heart of those is a first person dungeon crawling mechanic, which sees you explore nearby ruins to provide your group with supplies to survive the end of the world as you all know it. These supplies will help you feed your crew, as well as participate in the base-building mechanic (which I definitely didn’t expect!) I initially thought these escapes into the dangerous ruins would be a simple escape to distract from walls of text, but they’re as complicated and as invested as the visual novel segments. You’ll have to monitor your groups stamina, eating to replenish it, but making sure that there are places around to relieve yourself or sleep should the need arise, for instance. You can get hit by a number of stat-decreasing debuffs, that will really trip you up if you find yourself in a battle your tired group isn’t ready for. 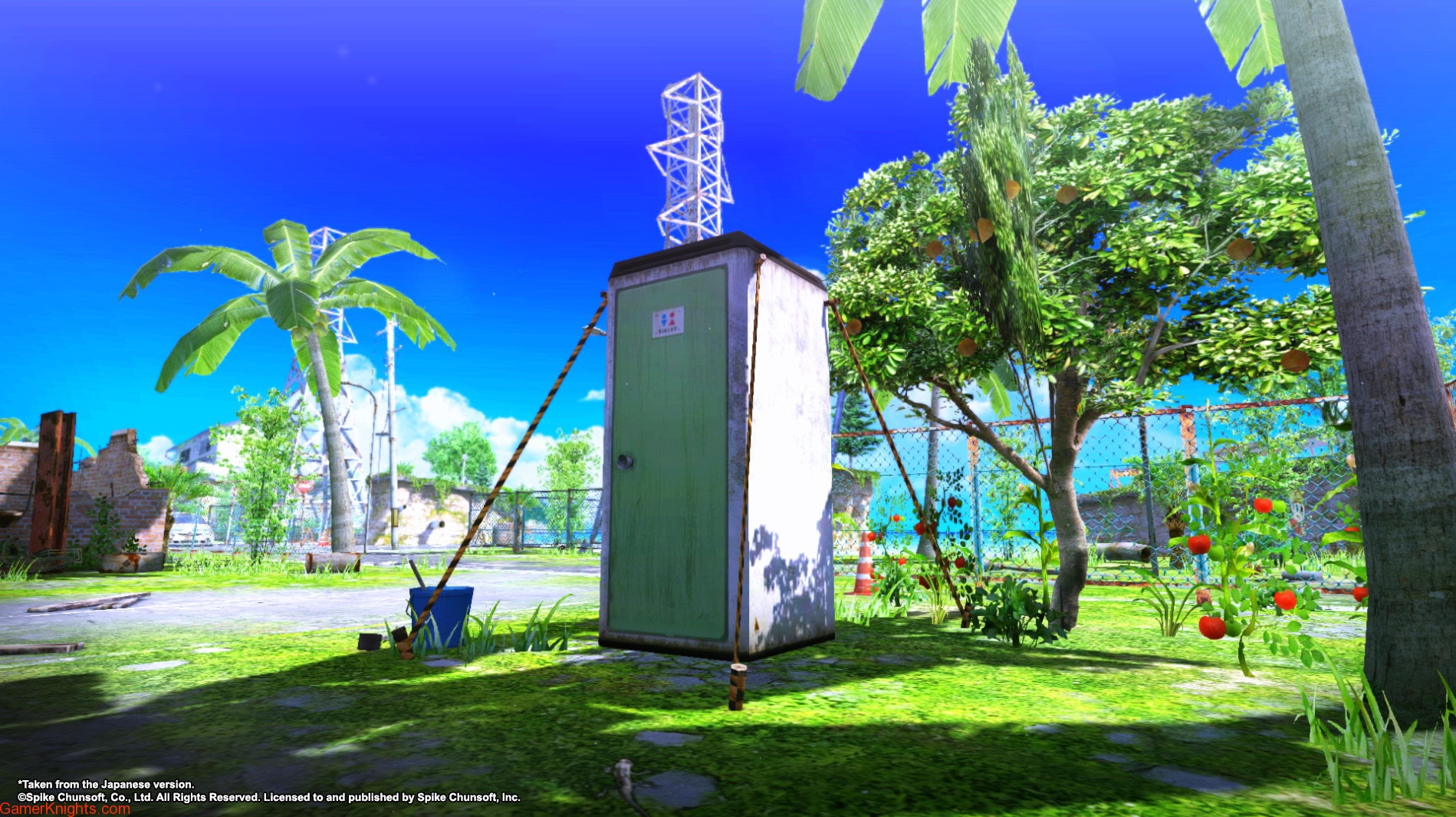 This focus on the ‘survival’ aspect of this desert island simulator really got its hooks in me – and whilst it can feel overly complex at times, it’s rewarding when you get to grips with its myriad of interlocking systems and domino-effect gameplay.

Overall, I really dug Zanki Zero’s unique aesthetic. Aside from the typical anime-styled character art popping up to emote as the script is rattled off, the actual gameplay has some stylish visuals and menuing all of its own. Whilst the dungeon crawling is satisfyingly geometric, the ruins are made to look believably lived in and broken down, full of visual detritus and interesting enemies that help sell the story. 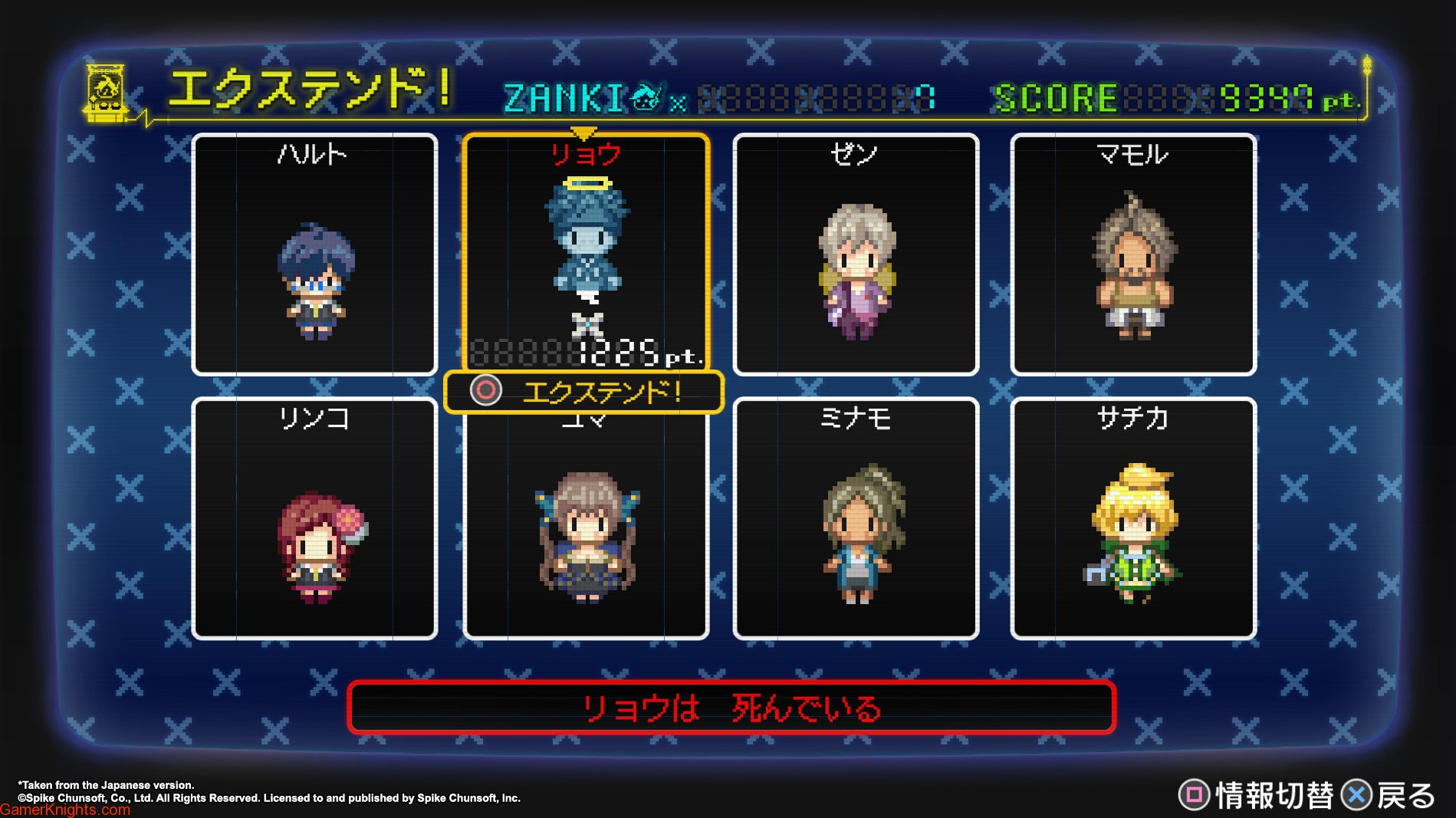 The music feels a little flat at times, but it’s never bad. It’s just not particularly memorable. The voice acting is good though (when it’s present), and helps sell the ever-stranger circumstances our group finds themselves in, as Zanki Zero’s oddball plot slowly unravels to reveal a dark and insidious centre, much like the excellent Danganronpa games before it.

Zanki Zero straddles, often uncomfortably, many different genres. The fact that, at times, this comes together to perform a cohesive, challenging survival experience with an excellent story is admirable, but there are plenty of moments when these elements fail to mesh. Your mileage with Zanki Zero will vary depending on how patient you are in learning its convoluted mechanics, but having done exactly that I was enthralled by the game’s unique mix of elements, and hooked by its strange, funny, and at times brilliant story hooks. It might not be quite as strong as the game’s that preceded it, but for anyone who loved Danganronpa, Zanki Zero is a no-brainer.