Back in Miracle World.

If I remember something from my childhood, it is spending long hours in front of video games. A very special moment was when, after much effort, my parents were able to give me a Master System II , a legendary SEGA 8- bit console that I am still lucky to own. One of the main characteristics of the Japanese machine is that it came with a fun platform game in its memory, this was where I first discovered the magic of the mythical Alex Kidd .

A character that was initially among the main ones highlighted by SEGA to be the brand’s mascot , although, as we all know, it was Sonic who finally established himself as the most significant icon of the brand. 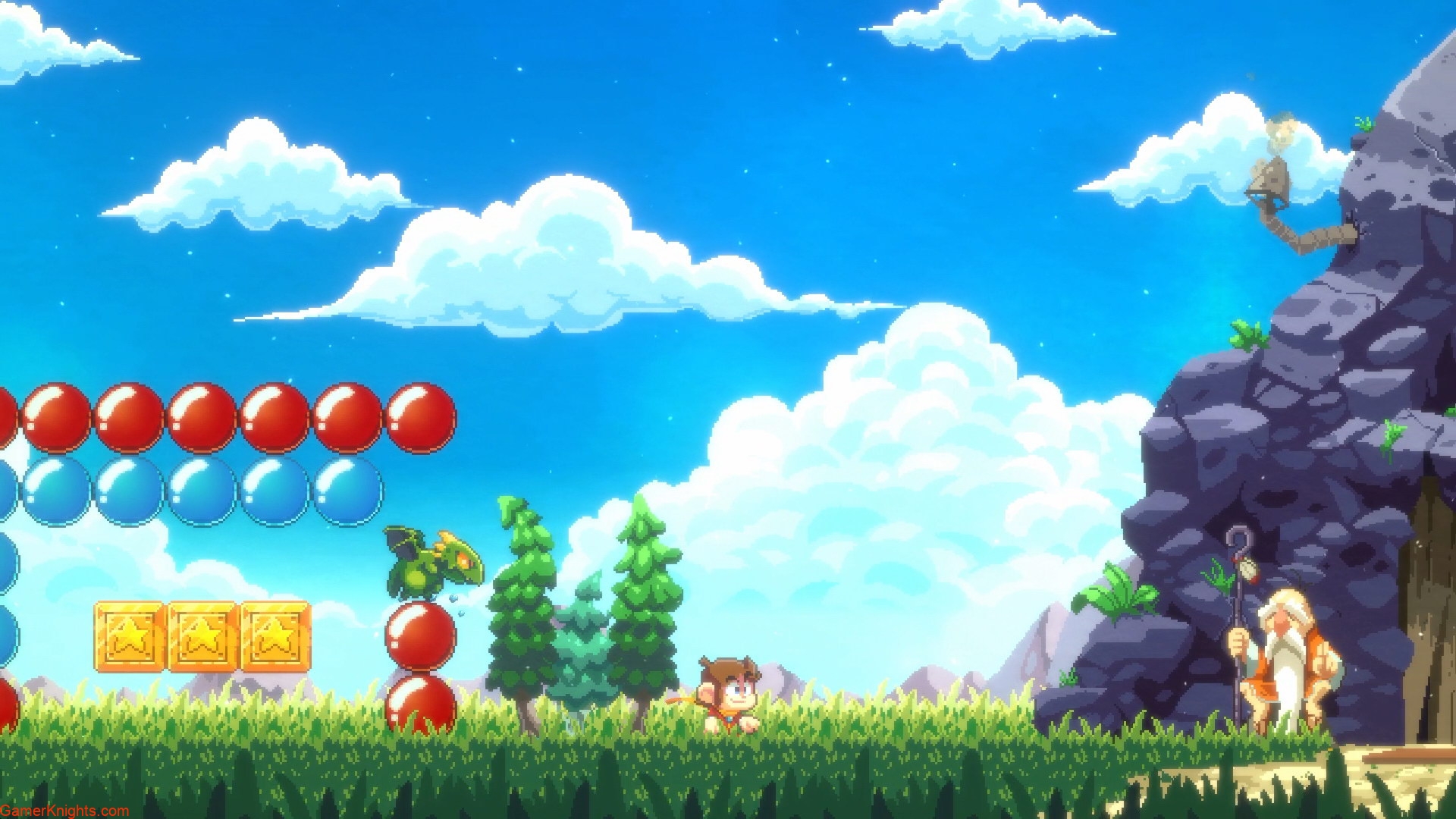 Now, ‘Miracle World DX” is a remake of this mythical and complicated platforms that saw the light back in 1986 and today we can enjoy it with a renewed colorful design on all platforms.

Of course we are facing an adaptation that was created by ‘Jankenteam studio’ , a group of Spaniards who have decided to bring this mythical platform to life in a completely wonderful way. And, like other classic titles that have been revamped today, such as the beloved Wonder Boy The Dragon’s Trap , this new edition of Alex Kidd will allow us to play with the change between the original graphics and the refurbished ones at any time!

The melodies, by José Ramón García, have also been revised and sounds great, leaving a tune into your head that will survive there for a couple of days. 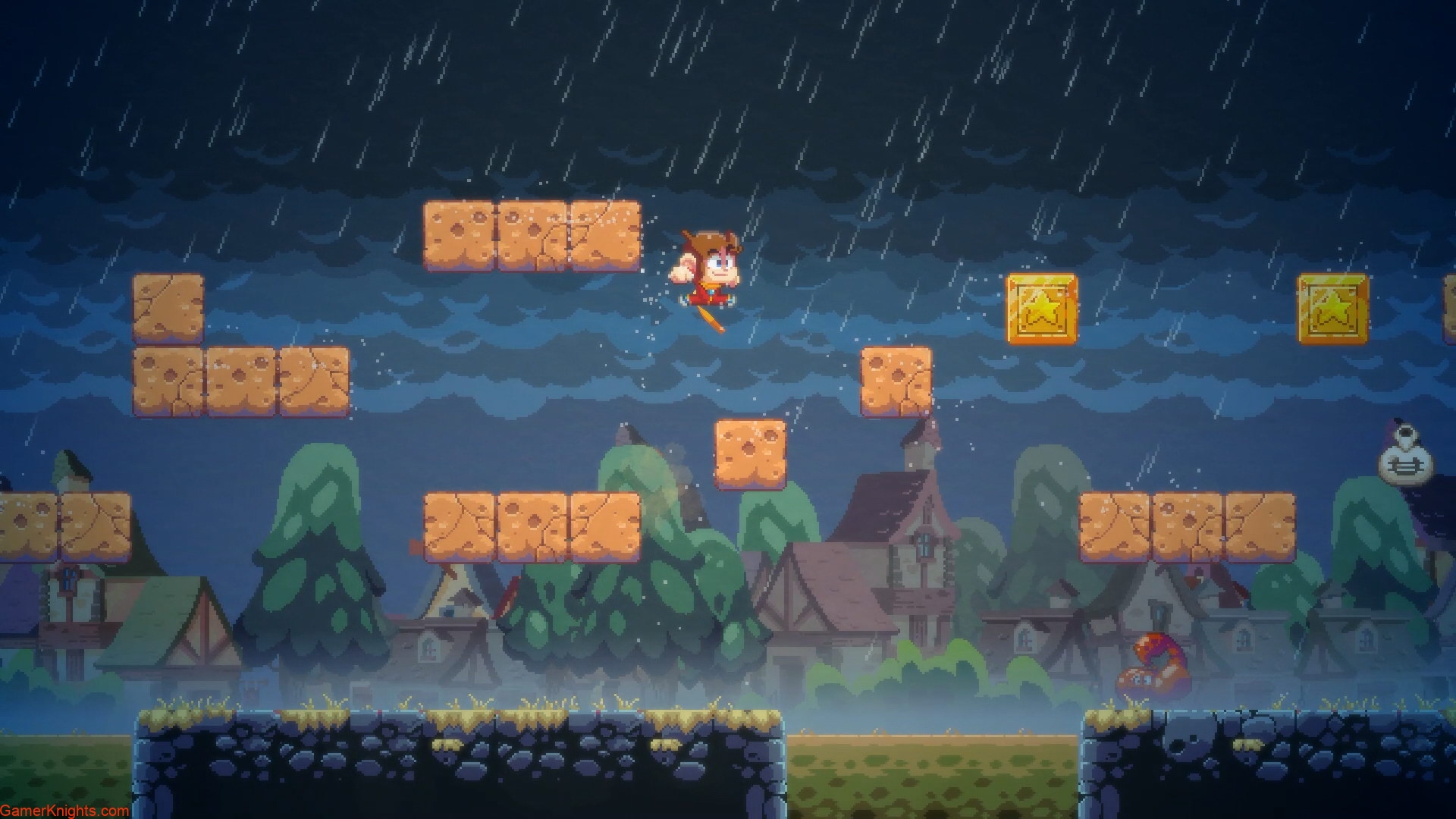 The gameplay is practically identical to the original so sometimes that might result in hit & miss or in other words … you’ll die a lot. The game show no mercy if you just don’t reach that jump point or pressed the wrong button at the wrong time, by just a second. It might drive you a bit crazy but it’s still fun nontheless.

Besides ‘jumping’, Alex can also run, take various power-ups and even handle various vehicles such as motorcycles, helicopters, boats and some other added surprises.

While the remastering is done in a fabulous way the game still remains very challenging and  complicated. Some unfair difficulty peaks will definitely test your stress level. 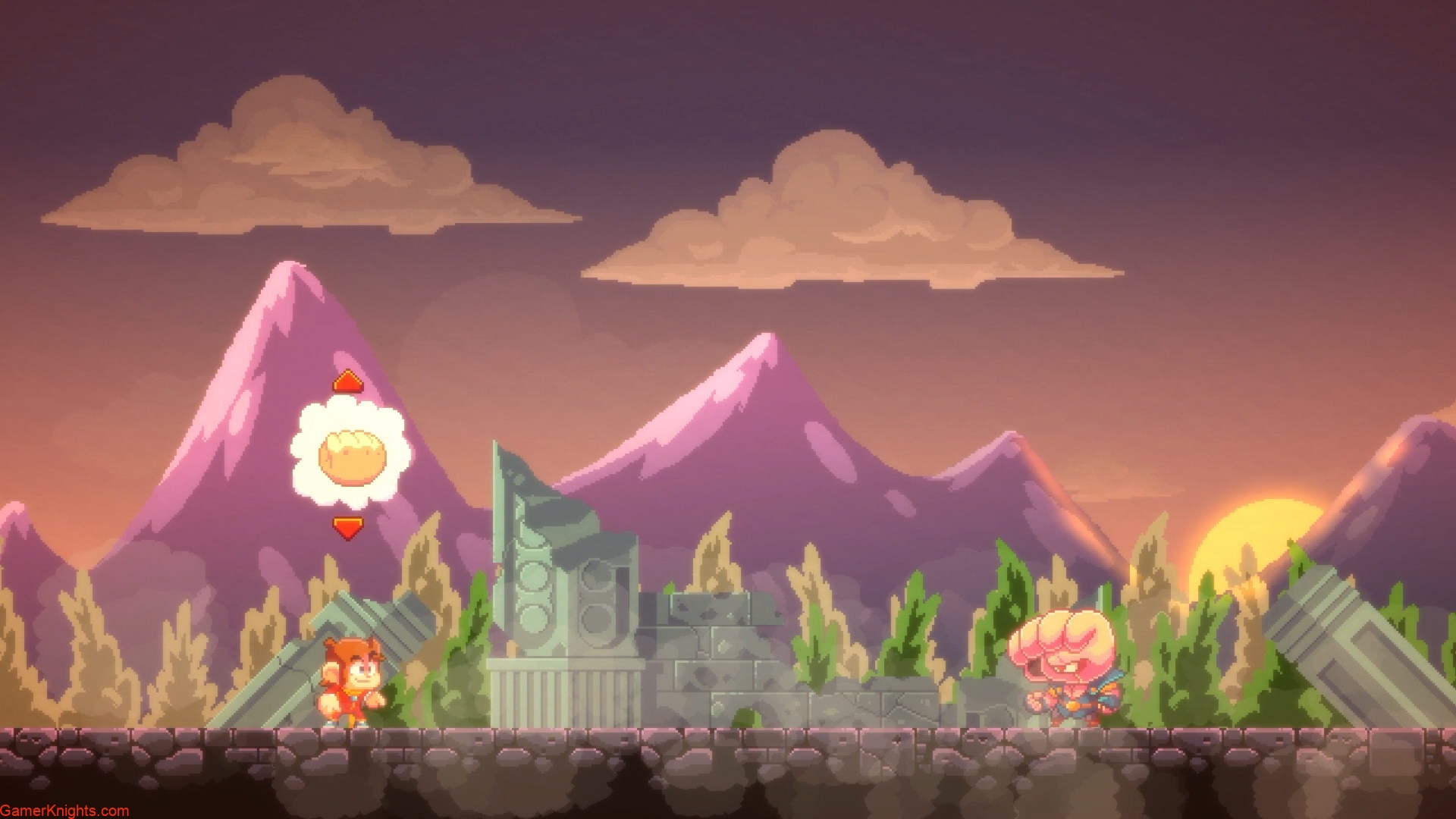 The adventure is developed in short phases where at the end, you’ll encounter the typical end-boss. To confront these, you’ll have to play “Yan Ken Pen”, a rock-paper-scissors game. Naturally during the levels, you’ll be able to explore for earning money which will allow you to buy several items in stores. These items will help you survice during the levels and defeating the end-bosses.

“Alex Kidd in Miracle World DX” is a fine reworked platform and adventure game. Especially the option to switch between the original and revamped graphics is a great addition to the classic platformer. Sounds and graphics are good for that kind of game/budget. It might be too challenging for some gamers but it definitely adds something.

If you got the original game, do give it a shot as well.