Small changes and a comprehensive collection make Borderlands deserving of a double dip.

More than the sum of its parts.

I wasn’t expecting much when I sat down to play the Handsome collection. That’s not to say I didn’t love the original games that are packaged in with this beefed up remaster – a package that collects both Borderlands 2 and Borderlands: The Pre-Sequel – but I didn’t quite see how the games could be retouched in any significant way. Their cartoony, cel-shaded style and infectious gameplay are timeless, so why do we need remasters of them so soon – if ever? I’m glad to say the Handsome collection proved me wrong, and I had just as much fun the second time round as I did the first, if not more so.

Borderlands: The Handsome Collection packages two fantastic games, throws in every piece of DLC and lets players run amok in what can only be described as a disgusting amount of content. The same excellent stories are here in full, with Borderlands 2 focusing on liberating Pandora from Handsome Jack’s tyrannical rule, and the Pre-Sequel telling how exactly that whole mess got started, from the perspective of the villains you were previously so adamant to take down.
When the Handsome Collection was announced I was surprised the original Borderlands wasn’t thrown in too. It seemed like an obvious choice, to have a full compendium of every piece of content Gearbox have ever fashioned for the quickly growing series. Having played through the campaigns back-to-back though it’s clear why the original title was omitted. This is more a Borderlands 2 game-of-the-year collection than anything else, with the Pre-Sequel simply being a massive stand-alone expansion (pre-expansion?) to the occurrences on Pandora. These games complement each other constantly, and their stories are so devilishly intertwined that there’s really no reason to separate them any longer. 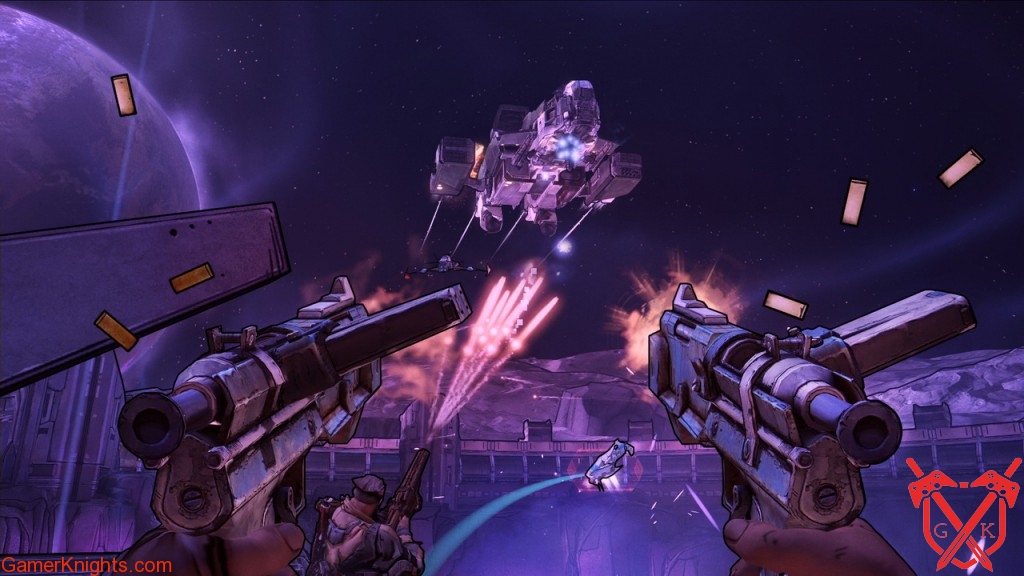 Seeing things from both the heroes and villains perspectives is rarely done well, but here there’s a great sense of balance, and it’s mostly down to the fantastic writing staff at Gearbox. Despite leaning a little too heavily on memetic culture for my taste the smart and endearing writing can’t be knocked. Borderlands never takes itself too seriously, so it’s strange to find yourself caring about any of the characters as much as you do. There’s a diverse cast displaying the whole range of morality here, yet each of them are as sympathetic and fun to get to know as the last.

In terms of gameplay very little has changed when it comes to the Handsome Collection. Players choose a class, blast their way through the massive campaigns (and all the extra DLC packed onto the disc and day-one updates), collect better gear and blast stuff even better than before.

I’ve spoken before how Borderlands is one of the best number-comparing games out there, meaning that there’s a steady flow of upgrades and unlocks that make you feel like you’re constantly getting more powerful. This consistent sense of character progression is a great kick, and it’s one of the reasons Borderlands succeeds at what it does so well. Aside from a couple of dull side quests or lacklustre story missions, the drip feed of better numbers never stops, and I couldn’t stop playing because of it. 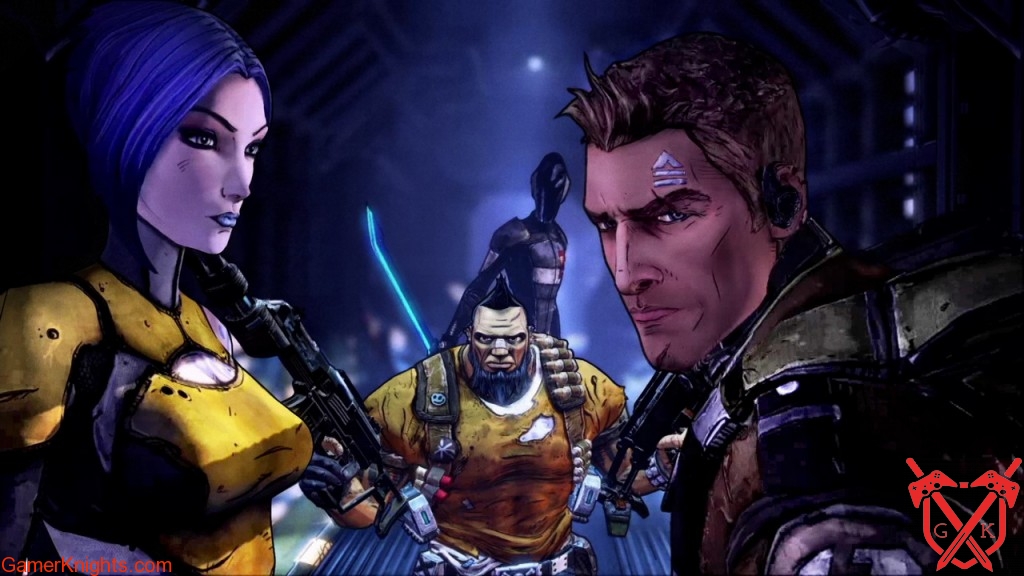 Going back to these games long after I beat them means that I got to enjoy all the DLC the series’ have enjoyed post launch. When picking a class I was offered six classes instead of the original four, and I loved dabbling in their new powers and abilities. I chose the Psycho class in Borderlands 2, a rush-down mad as hell class that relies on being up close and personal as much as possible, and shouting at my teammates to shoot at me so that I could become more powerful provided a massive twist on the standard Borderlands formula. In the Pre-Sequel I chose to play as a Jack doppelganger, which was worked into the dialogue in interesting and funny ways. His ability to make clones wasn’t quite as game-changingly brilliant as Kreig the Psycho’s unique approach, but I enjoyed tackling the game with a new character all the same.