Arkane Studios has become in recent years one of those studios where you know that whatever they do, they will be able to offer a high quality product. The Dishonored franchise and the Prey reboot are the two great supporters of a studio that promises to become one of the most important members of Xbox Game Studios.

The French company has its own hallmark, which makes all its work recognizable thanks to three basic aspects: the design of its stages, the cohesion of the world and the immersion it produces in the player. Welcome to “Deathloop“.

In the new title from Arkane Studios we will play Colt, a person who is condemned to repeat the same day over and over again, whose goal will be neither more nor less than to escape. This is because we will be locked in an infinite loop created by a series of people who call themselves The Visionaries. This group, in their search for immortality, will try to kill us day after day and thus end our plans to get out of the loop.

These characters are of great importance in the development of the plot, since Colt can only end the loop by ending the 8 Visionaries that we meet in the title, so the destruction of the loop means his own death.

However, the truly differential of Deathloop is not our goal, but the way in which we achieve it. The title bases its narrative entirely on the repetition of our actions . Every time a day ends, we will return to the same point we were at the first time we played, but with one important difference: we will remember each and every detail that we discover throughout our games.

Precisely this repetition, contrary to what might come to be thought at first, is what manages to hook us as players. The work of the studio to try to weave all the narrative aspects is fantastic , forcing us to act as a kind of detectives to achieve our goal: to kill all the Visionaries in a single loop.

Deathloop divides each loop into four spaces of the day: morning, noon, afternoon, and night. The events that we experience will be completely different in each one of them, requiring the repetition of different spaces to discover all the mysteries that will lead us to end the loop, and it is precisely this aspect that we liked the most about Deathloop. 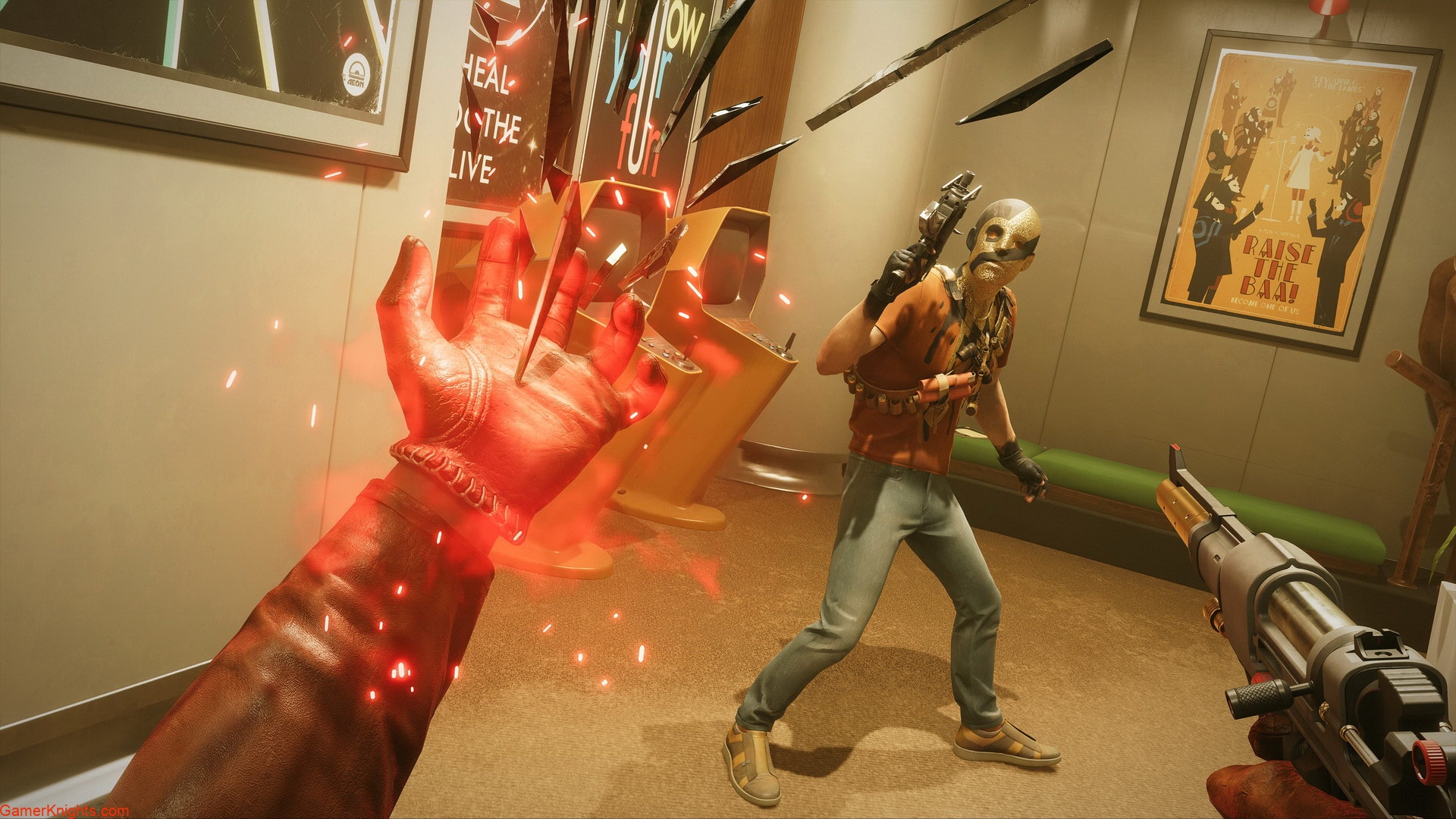 Normally, games that require repeating the same actions or missions over and over again tend to tire the player. In this sense, Deathloop unfolds wonderfully , achieving that with each “run” we give, we continue to discover new information and experience different situations, achieving a sensation of variety that is difficult to expect given its plot.

Finally, it is important to highlight the figure of Julianna . Despite having to finish off Los Visionarios, she will be the main antagonist of the title. The character will be able to enter our games, either controlled by the AI ​​or by another player, with the aim of ending us, as if it were the game of cat and mouse. Although it could have been something that completely broke the difficulty of the title, the truth is that the feeling could not be more positive, adding variety to the games and a certain touch of tension, more characteristic of other genres.

Precisely, this variety that we are talking about is possible thanks to Blackfree, the island where all the events of the title take place. As you might expect from Arkane, Deathloop’s level development is simply fantastic . Not only because of how it is able to connect the different areas of the same level, but also because it is able to add variations at different points of the day that allow it to be equipped with a wide variety of situations.

In addition, to this we must add that we really feel that we are with an island that is alive. Depending on the time of day in which we are, the enemies will have some behavior patterns or others, something that continues to favor that feeling of variety throughout the different “runs” . 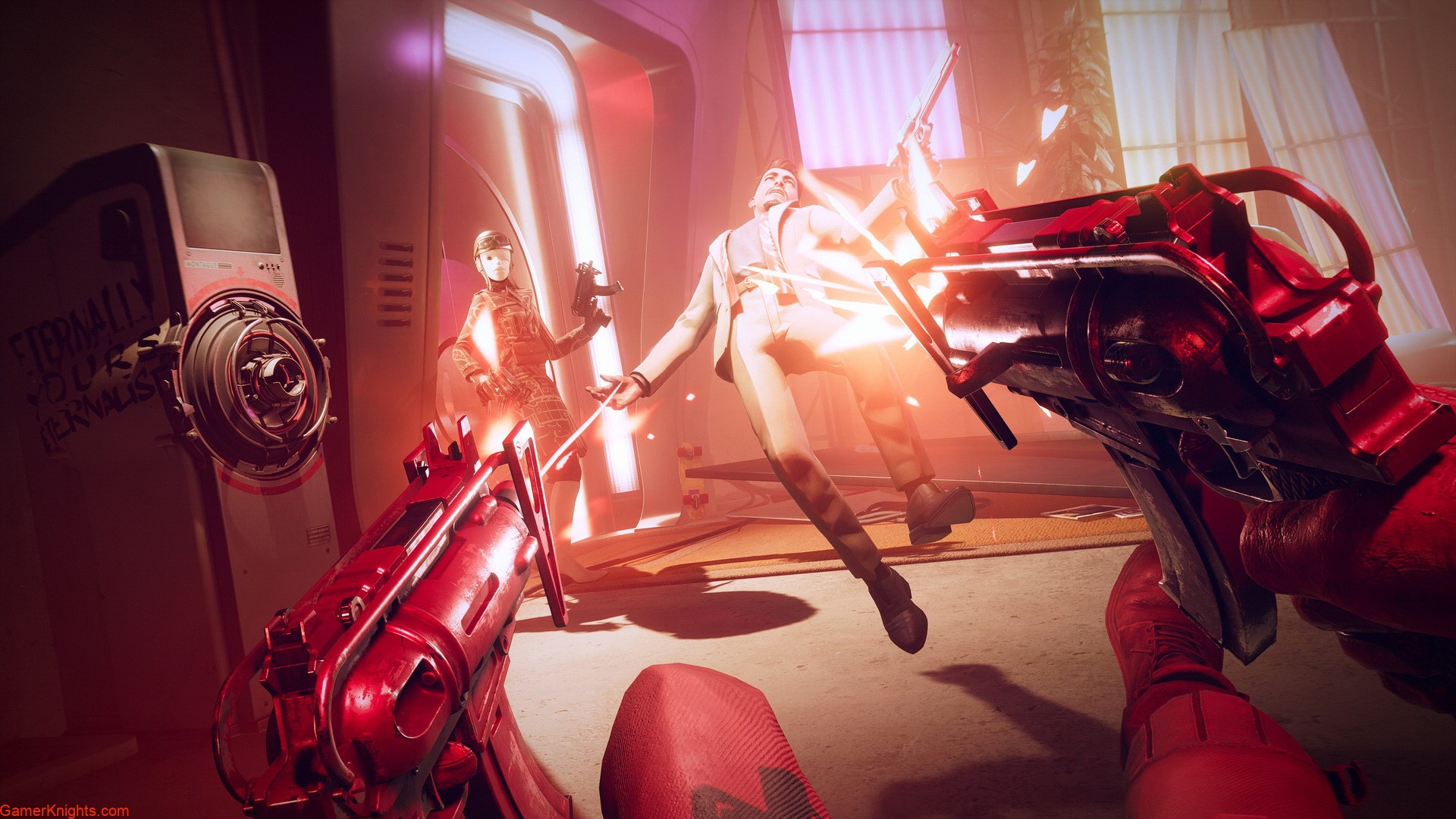 But this is not the only thing, since as we progress through the plot and discover the secrets found in the different areas of the game, we will have access to spaces that we have not previously been able to visit, leaving a feeling in the player of that there is always something new to discover.