Hades is about to conquer the rest of the consoles ...

Since the acclaimed debut Bastion, Supergiant Games has continued at the same high level with Transistor, Pyre and now Hades – a game that gathers several ideas from their previous creations.

In the role of Zagreus, son of Hades and prince of the realm of the dead, the player must try to escape from the underworld and ascend to the other Greek gods. But the road there is difficult and full of death, not least your own.

Playing Hades makes us think of old Nintendo 8-bit games, or more specifically when we managed to reach new levels for the first time. When we are constantly sitting at full tension and crampingly pressing various attack and duck buttons in the hope of defeating all enemies and reaching even further. Then we die, and have to start all over again – without collected weapons, money and upgrades.

Fortunately, Hades is not as sadistic as the pixelated adventures on Nintendo’s old gray box. Because even if we have to start over from the blood-filled pools of the realm of the dead after each death, we do not have to start completely from scratch – and no matter how bad it goes, we usually get some objects with us. 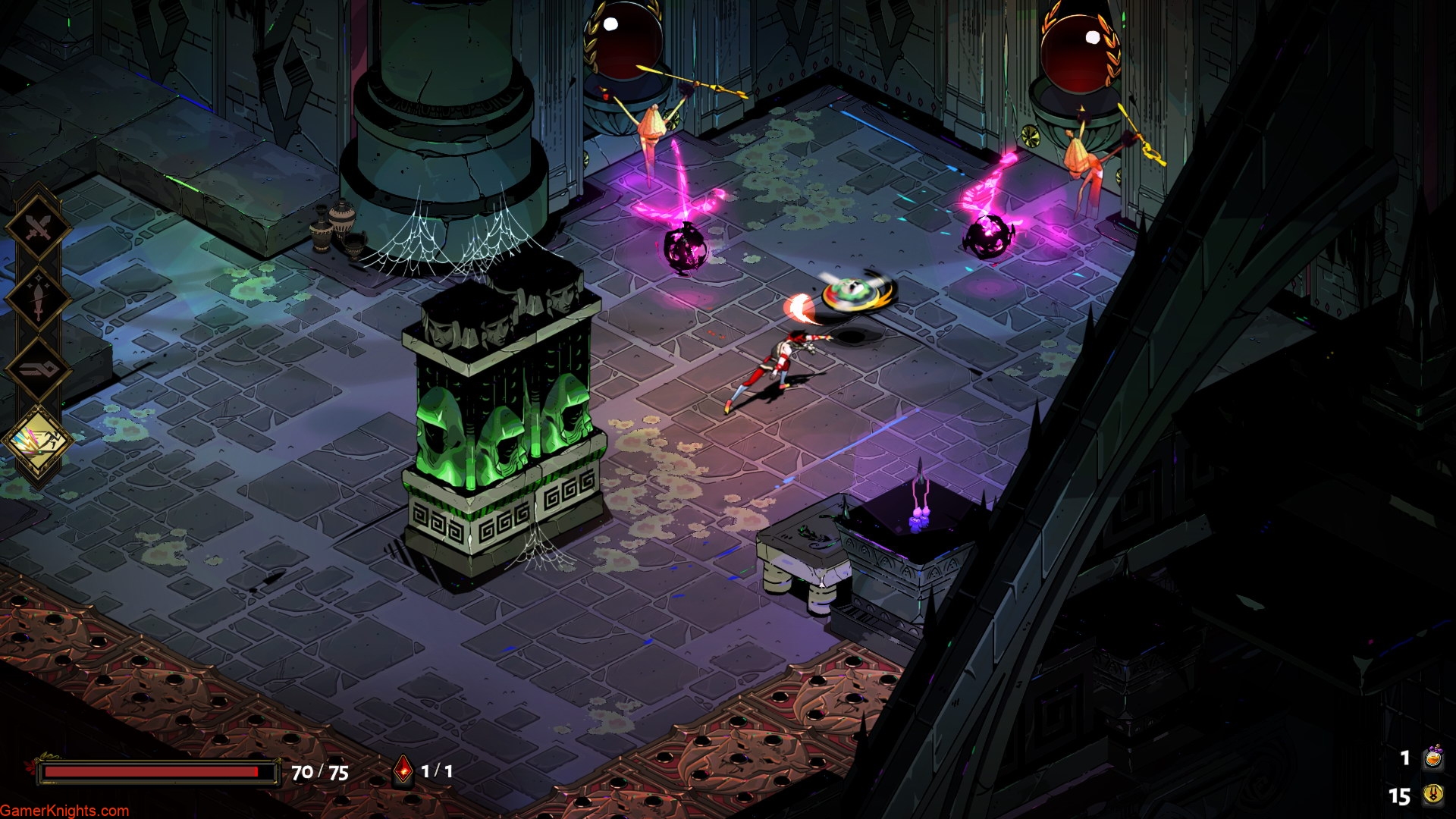 For example, collected keys remain in the pocket, which are later used to unlock new weapons and more opportunities for improvement. Another thing that remains is memorabilia that provides a specific advantage right from the start, such as a sum of money, an extra life or protection against a certain number of attacks. The most important thing we get to keep, however, is the purple crystals that are used to make Zagreus permanently stronger, such as more health and stronger basic attacks.

And stronger is something he needs to become in order to escape the realm of the dead. The road to the surface is full of vicious enemies and even worse bosses. Bosses that you also have to face time and time again after each death. Thanks to the upgrades that can be retained, they are fortunately easier for each visit, what in the first meeting ended with a big blow will be the exact opposite a couple of rounds later.

However, the improvements Zagreus may have left between deaths are only one side of the coin. During the journey up from the underworld, after each completed area, you will receive some form of reward, which will be retained until death greets you next time. It can be extended health meters, money, gifts – or partly random offensive and defensive upgrades.

Some improvements are of a simpler kind but still useful, such as taking less damage or moving faster. Other enhancements affect the game even more and can, for example, turn the simple projectile attack into a saw-toothed inferno that sucks in enemies, or make your evasive maneuvers evoke powerful water attacks that push enemies away. 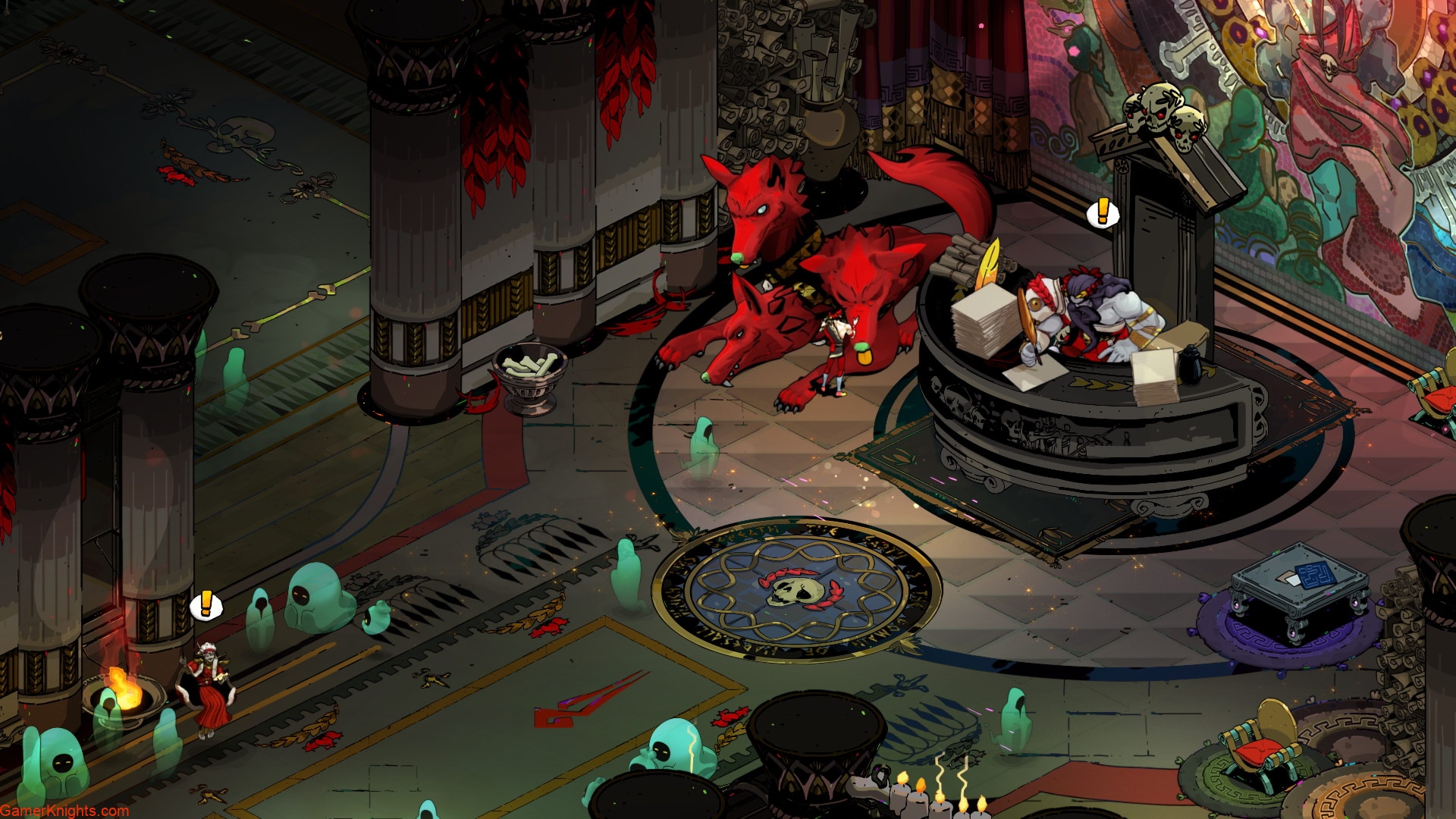 Coincidence means that no two rounds will be the same. You have to adapt your strategy every round and can not harrow on the same old attacks. This leads to the increasingly intense battles constantly feeling fresh and exciting. The fact that each of the available weapons, from swords to automatic rifles (!), Has widely differing basic characteristics also gives the battles another boost.