NetherRealm one-up themselves yet again, raising the bar for fighting games even higher than they did with Mortal Kombat X.

Welcome to the Circle of Trust:

Much like Rocksteady’s series was a personal primer into the world of Batman, “Injustice 2” threatens to pull me deep into the mutlifaceted mutliverse of DC Comics whole.

As much as I consider myself a Marvel fan in the eternal comic-book war, NetherRealm have, in one game, made me care about a massive roster of characters.

Picking up immediately where the first Injustice left off – with Superman imprisoned for crimes against humanity and Batman playing the part of the grumpy gaoler –Injustice 2 wastes no time in upping every conceivable stake imaginable and ushering in a massive cast of characters for DC’s biggest ensemble piece yet.

All-around-bad-dude Brainiac is on his way to Earth to eat up all its knowledge (and cities) and our cast of heroes and villains are faced with reconciling their once- irreconcilable differences in the hopes of beating the green meanie. Whilst it may seem an average, end-of-the-world plotline, Injustice 2 smartly focuses once again on the dichotomy of Superman and Batman, and brings their respective character studies into the limelight to tether an otherwise unhinged plot to solid ground in a powerful way.

Superman’s need to save humanity, sometimes from themselves, sometimes at the cost of themselves, is an uncomprimising motivator for the Man of Steel. It’s this wobbly line that Superman treads throughout his villanous role in NetherRealm’s unique universe, and it’s countered at all times by Batman’s obsessive, often destructive rule to never kill anyone, no matter how much of a threat they pose. This hook has defined Batman since his inception – and it’s a foundation that I’ve struggled with since falling in love with the character – and the clash between the two heroes serves as a rallying cry for Injustice’s civil war of sorts, with the massive cast splitting up and picking sides.

Despite the overwhelming cast of characters, no one gets short changed here. Whilst the overarching narrative is storming ever onwards towards its climax, every member of the roster gets plenty of screentime to go through their own supporting arc. Green Lantern’s storyline is a particularly impressive beat halfway through, whilst the Scarecrow x Harley face off was a personal favourite of mine. 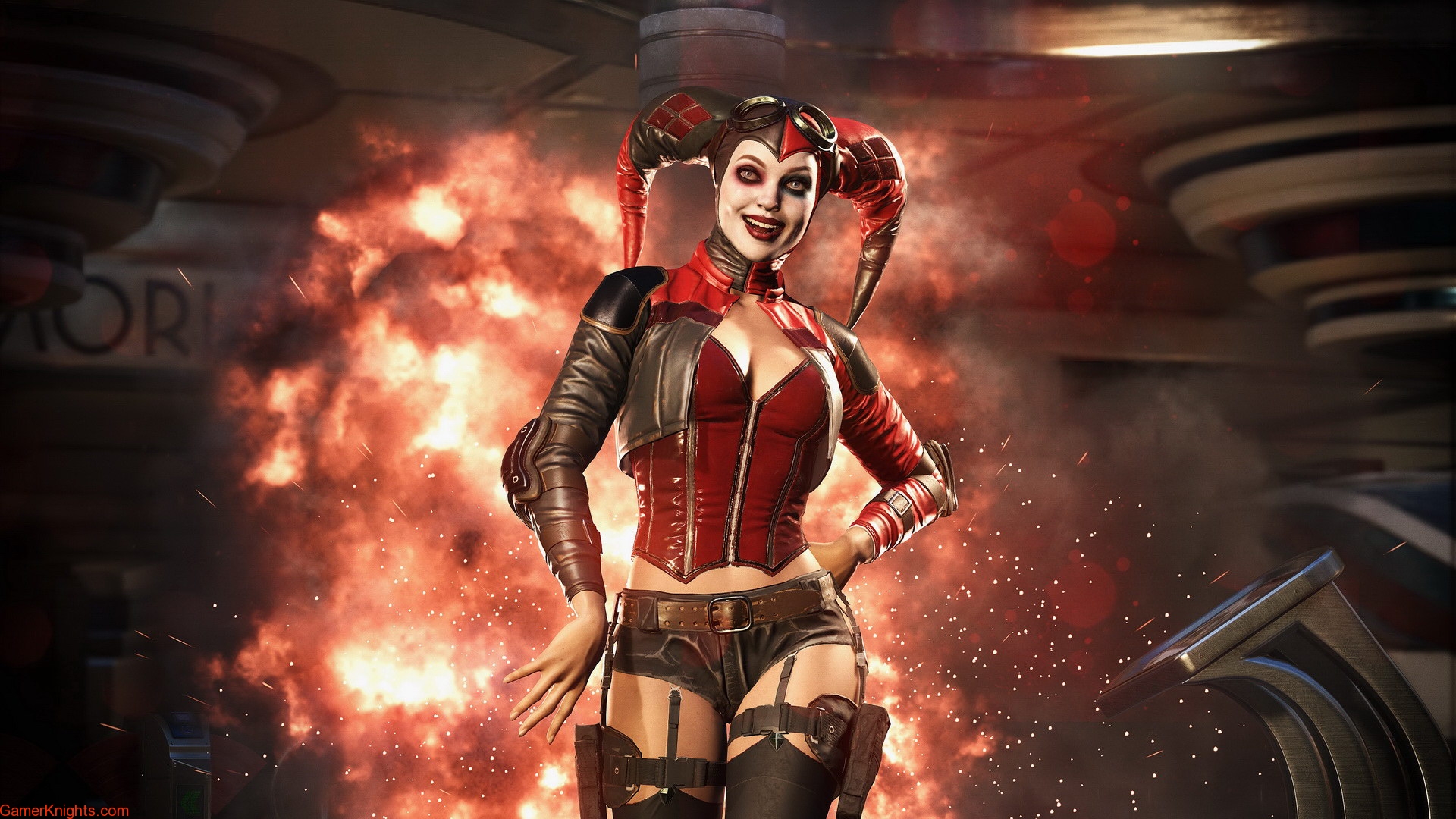 Viewing Injustice’s story in a big-picture sort of way, it presents a really compelling reason to punch your way through the massive single player campaign. The cutscenes are incredibly directed and the story unfolds in constantly surprising ways. DC super fans will be over the moon with what’s here, with an ensemble piece packed with fanservice to rival some of the comics biggest moments.

Newcomers or fans of a less dedicated nature, however, might feel a little overwhelmed by just how many unfamiliar names are being thrown around, events referenced or mutiple universes being called upon. I got absolutely lost when attempting to catch up on further reading, but this is a game for DC fans first and foremost, and I wouldn’t want it watered down for the sake of the ignorant masses such as myself. Just know, should you be part of said masses, that you too may feel a little lost from time to time.

Injustice 2 brings around thirty characters from across all of DCs varied portfolio ino the fray, and they make for a fantastic roster. Thanks to an early story presence I gravitated towards Harley Quinn initially, but characters I’d never heard of or who I actively disliked I suddenly found myself falling for later in the game. Because the story mode sticks you in nearly every set of costumed shoes in its eight hour run time I got to grips with characters I’d never have considered, and came away smitten with heroes such as Green Arrow, Blue Beetle and Black Canary (looking at that list, maybe I simply like colour-based names.)

The combat is weighty and satisfying, with an unbelievable amount of options availble to every hero. Screen crossing moves, projectile attacks and stage-interaction means that no one’s ever stuck, and though my play is admittedly average at best, I never sensed a huge inbalance between characters. Even the Kryptonians are smartly hobbled to make for a fairer fight. More importantly, no one feels like a palette swap or phoned in – every character feels different and deep enough to want to get to know. It’s a really impressive cast. 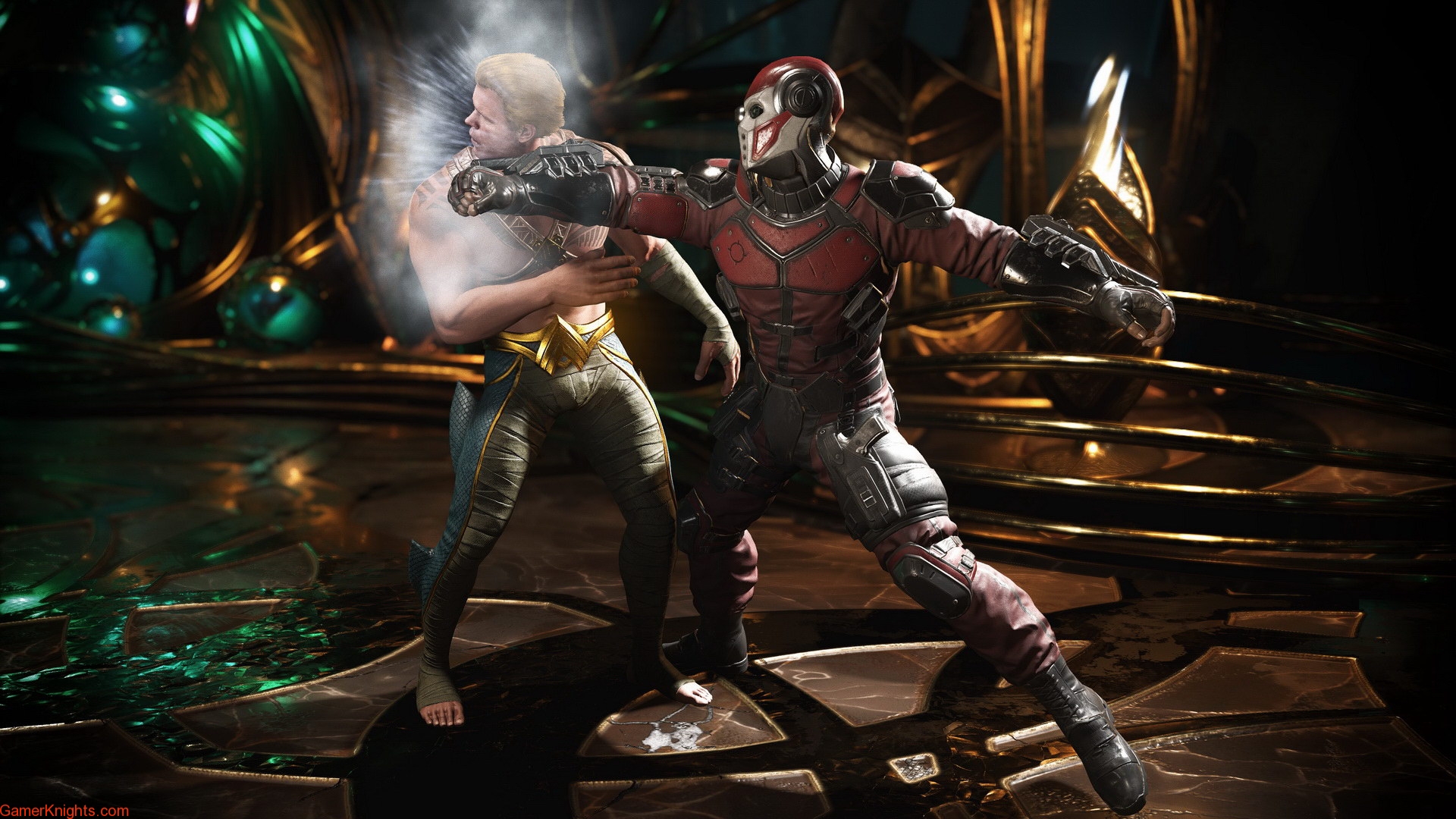 Surprising absolutely no one, NetherRealm packed Injustice 2 with stuff to do. Aside from the lengthy single player story the game boasts a ridiculous amount of extra curricular activities, such as a training suite to understand your characters better and the Multiverse – a seemingly endless pit of single-player content to work your way through, including individual story modes for every character on the roster. It’s… impressive, to say the least. There’s also unlockable costumes and gear pieces, though this is through a questionable Loot Box system that means you’ll have loads of gear for characters you don’t play. It’s not a scratch on MKX’s fantastic Krypt, which has to be the best way to distribute unlockable goodies I’ve ever seen, but the loot boxes work and add a little artificial excitement into getting stuff you really want.

The training modes for each individual chraracter are a good starting point for learning the ropes (including the literal ropes you’ll have to come to grips with for characters such as Wonder Woman) but they never divulge the secrets of longer combos or more challenging set ups. For those so inclined you can head into the tutorial labs and work these out for yourself, but should you be lacking the neccesary skills (or imagination) you’ll have to head to YouTube in the hopes of really getting to grips with your character of choice. I really wish NetherRealm had crafted the kind of challenging combo tutorials that make learning characters in Capcom games such a joy for rubbish players such as myself, but as it stands you’ll have to put in the extra work should you want to start the long road to better play.