Does Episode 2 of Life is Strange fix some of the most glaring issues of the first episode?

Does Episode 2 of Life is Strange fix some of the most glaring issues of the first episode? Filled with dodgy dialogue and some slightly weird characters, it was a mixed bag but also a pleasant surprise.

The second episode, having introduced you to Max and her new time-rewind power, begins to focus a little more on some of the supporting cast, particularly Kate Marsh, a religious student who has been the subject of a video uploaded to the net with no recollection of being in it. The tone is pretty dark, even when compared to the undertones of the first episode, with hints of revenge porn, drugs and even abuse cropping up. There’s also a deeper delve into the relationship with Chloe, who over the course of the episode comes to believe in Max’s new powers. There’s still cringe-worthy dialogue, but the pacing of the episode is decent, and there’s much better characterisation.

Life is Strange continues, for the most part to ape the gameplay style of the Telltale games. There’s actually slightly more scope for exploration of the world this time out, especially to uncover all of the secret photos that net you achievements or trophies. There’s also slightly more puzzling to be done than in the first game, although that’s not always for the best. There’s a large visual element to most of the puzzles in ‘Out of Time’, which requires you to keep a lookout for things which aren’t always clear. It’s never overly frustrating, because you can always rewind, but I kept having a feeling that some of the implementation could have just been that little bit better signposted. There’s also a time-consuming fetch quest in the middle of the episode which really bogs things down and affects the pacing for a period, feeling like it’s there more to pad out the otherwise short run-time of the episode, which is slightly shorter than the first. 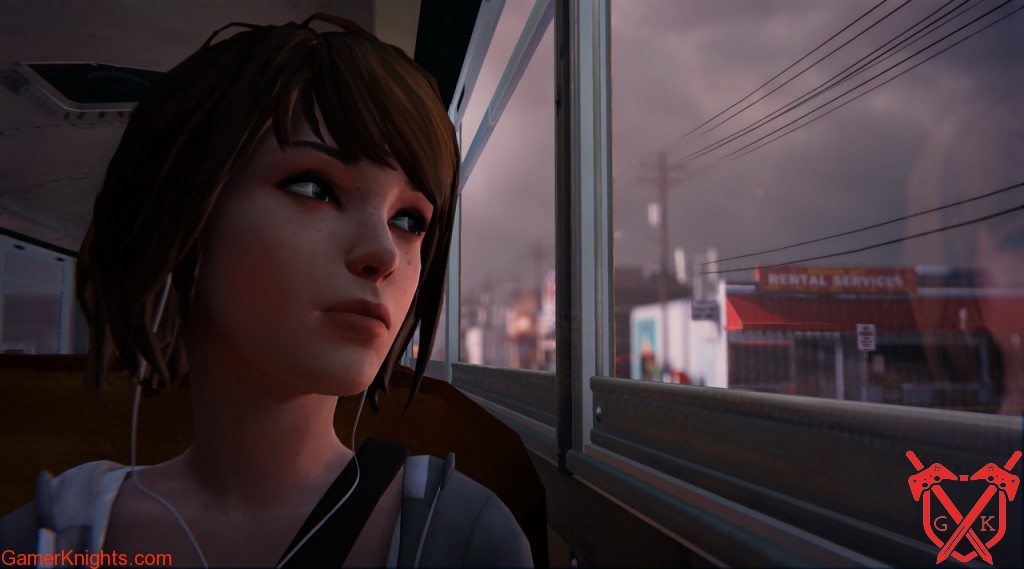 However, the dialogue choices, and the outcomes, feel stronger than the first episode, all leading to a really significant moment at the end of the episode. I really like the way that every choice feels like the wrong choice, and that there are serious consequences for your actions. Episode 2 is therefore pretty strange (excuse the pun).

The worst bits are worse than the first episode, but the best bits are real highlights. 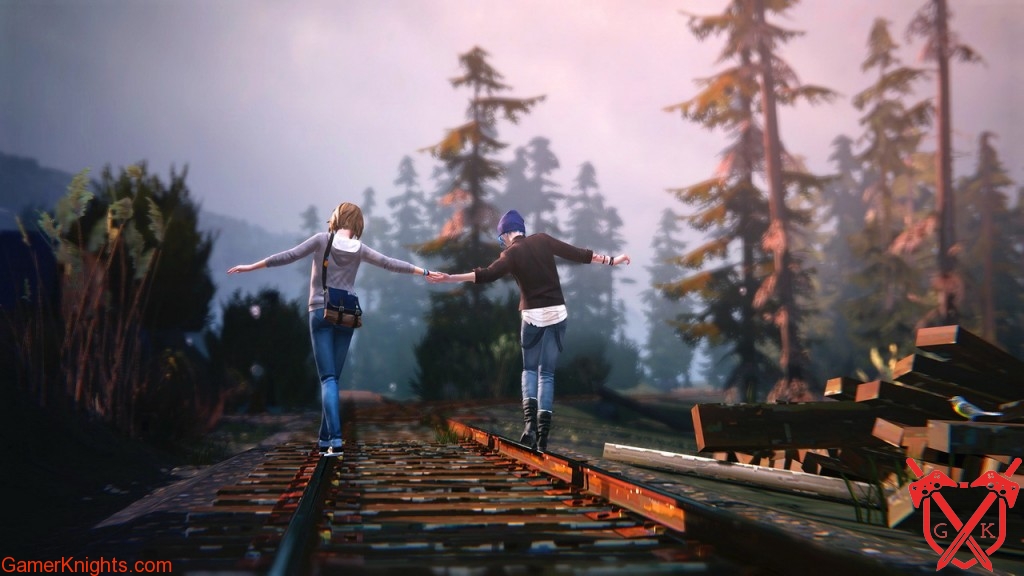 The second episode still has some of the same graphical issues, but there is a little bit more visual variety, thanks to the greater number of locations featured. Going out to a wooded area and a local diner feels like a nice change from the school environment, so hopefully there’s more like this in future episodes.

The voice acting remains excellent throughout and the continued use of various bits of licensed indie music still really add to the overall atmosphere of the episode.

I’m still in two minds over life is strange. There have been some amazing highs, but the series has already become incredibly inconsistent, and this episode is worse for that than the first. The game still hasn’t given you much information as to what’s to come (Out of Time is quite nicely contained as an individual episode), and plays it’s cards close to its chest. However, like some kind of addict, I’m willing to give it one more shot. The game remains, at heart, intriguing and charming to the extent where I can forgive most of the continued mis-steps.