When it comes to the podium, Mario Kart 8 Deluxe effortlessly takes the gold.

I’m gonna come right out and say it: “Mario Kart 8 Deluxe” might just be the greatest racer ever made. It is, without a doubt, the best Mario Kart game ever released, and one of Nintendo’s finest titles to date.

MK8 on the Wii U was no slouch, but Deluxe takes that template, spruces it up with snazzy visuals and some much needed additions, and comes away with something that will be truly hard to overtake.

If you’ve played MK8 – or really any Mario Kart game – before you know exactly what you’re in for here: a hectic, weapon-centric kart-racer where anyone’s got a decent chance at finishing first. What was hugely important for MK8, and really sold me on the title, was the fact that, more than ever, player skill is treated fairly. 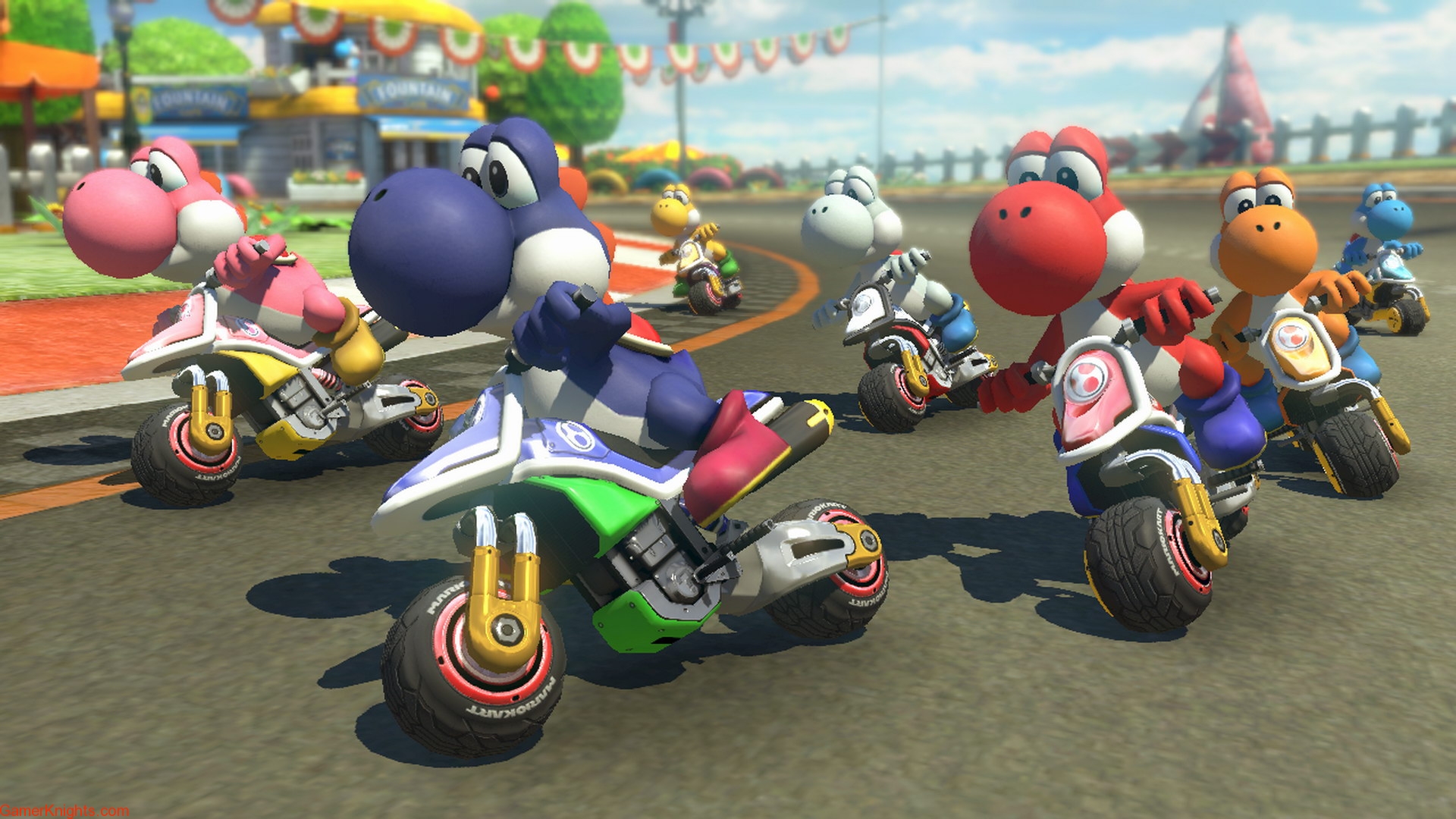 Blue Shell’s are still a pole-position stealing menace, but if you really work your tail off even their deadly blasts can be compensated for, or even countered. This is important for overly competetive boneheads like myself, who would struggle to get along with such a game and whine incessantly should they feel their victory was ‘unfairly’ stolen – Mario Kart 8 DX is fair, but that’s not to say it isn’t anybody’s game.

All the content of the original, plus its two DLC packs, are present in DX, along with six extra playable characters and a whole host of extra items, parts and amiibo costumes. For anyone who missed out on MK8 the first time round, the wealth of content you’ll find here will blow you away. There are twelve cups (of four races each) here, with an even split of brand new courses and classic stages (all which look unbelievable in MK8’s engine). Every track is a winner, and the new anti-grav mechanic that sends you spiralling up and around each one adds a thrilling element to every race.

I’m a little disappointed there’s no new race tracks for returning fans, but with 48 tracks to choose from it’s hard to be too salty. I do, however, hope and pray that we’ll see DLC hit for MK8DX in the future – I don’t care how much of it Nintendo decide to make, I would purchase each and every one without hesitation. 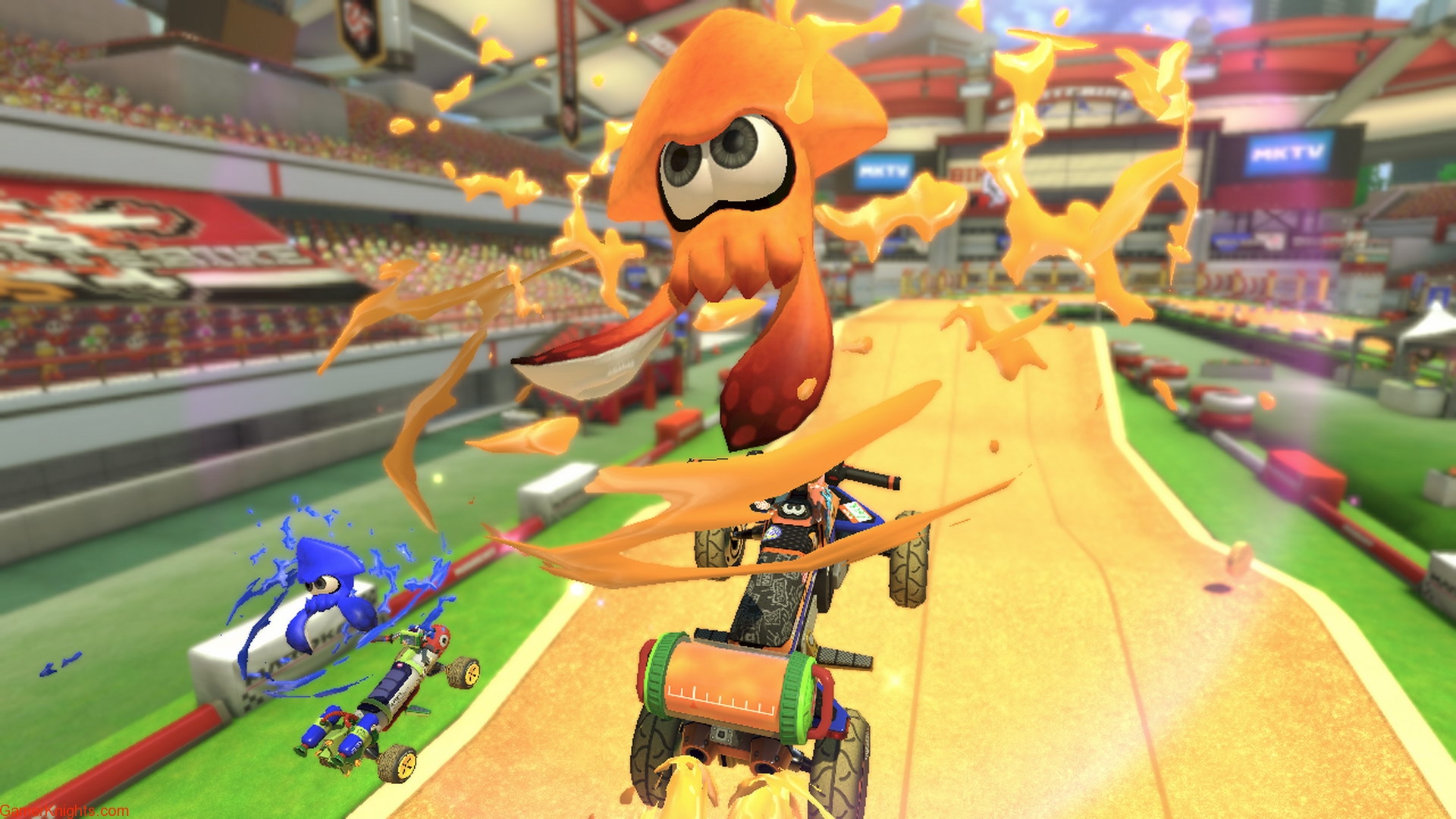 Instead, returning fans are treated to some new items, double-boxes that bring back fond memories of Double Dash and an important, if underexplained, quality of life improvement: Mario Kart 8 DX has a couple of new features to help out first timers and young gamers, namely a steering assist and an automatic accelerator. Strangely, the game starts with the former turned on, and never tells you about it. After a couple of races where my turning circle was strangely forgiving – something unheard of to Mario Kart faithfuls – and my racer autonomously avoided a sudden set of obstacles I hadn’t seen coming, I felt that something was definitely off. I let go of all control and simply held accelerate, and the game happily played itself, and maintained a respectable position.