After an absolute home-run of a debut, Episode 2 drops the ball spectacularly.

In my review for the debut episode of Telltale’s Guardians of the Galaxy series I called it an incredible premiere, and indeed I’ve been itching to play the next episode for what seems like far too long. It brings me no pleasure then to say that Episode 2 – Under Pressure – is a big letdown in almost every department.

As Telltale games are wont to do, Episode 2 treads water. It knows where the story is going but it can’t be too rushed in getting there so nothing really important happens. Under Pressure is no exception to this rule: we learn more about the Eternity Forge – a magic ressurection stone which promises interesting options in the future – and some genuinely touching flashback material concerning Rocket Raccoon – an upsetting origin story the MCU is actively steering clear of – but despite this episode 2 still feels dull. 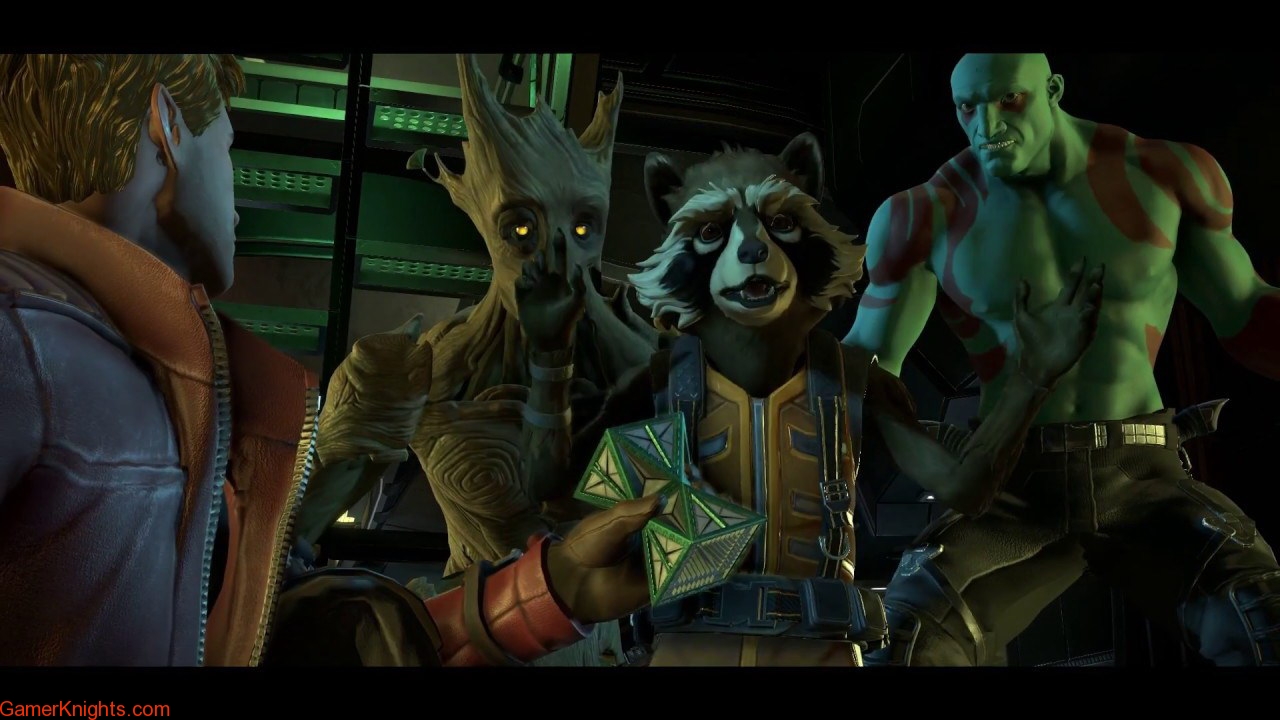 It merrily wastes your time with inconsequential decisions and bizarre reactions from the supporting cast. Whilst the screen kept telling me that so-and-so would remember that, nothing I did in the ninety minute run time really seemed to matter all that much, and each ‘big decision’ was reduced to which moaning crew member I’d deal with first. Worse still is that everyone seems to be getting annoyed at me because Telltale are awkwardly forcing every moment of decision making to be an angst-ridden choice between children whose feelings are too easily hurt.

In a truly heartbreaking aside, episode 2 is simply unfunny. Comedy is subjective and very difficult to pull off in a video game, but Telltale have proven themselves time and time again in this department. There wasn’t much worth cracking a smile over here however, let alone the belly-laughs they’ve elicited in previous series. Emotional moments also come off as incredibly whingy here too, and whilst I’m not an authority on the material, established characters consistently act in ways that just don’t sit right. The proud and independent Gamora pouts like a petulant child, The strong and able Drax needs constant reassurance and head pats and the flippantly offensive Rocket wails uncomfortably for long stretches. 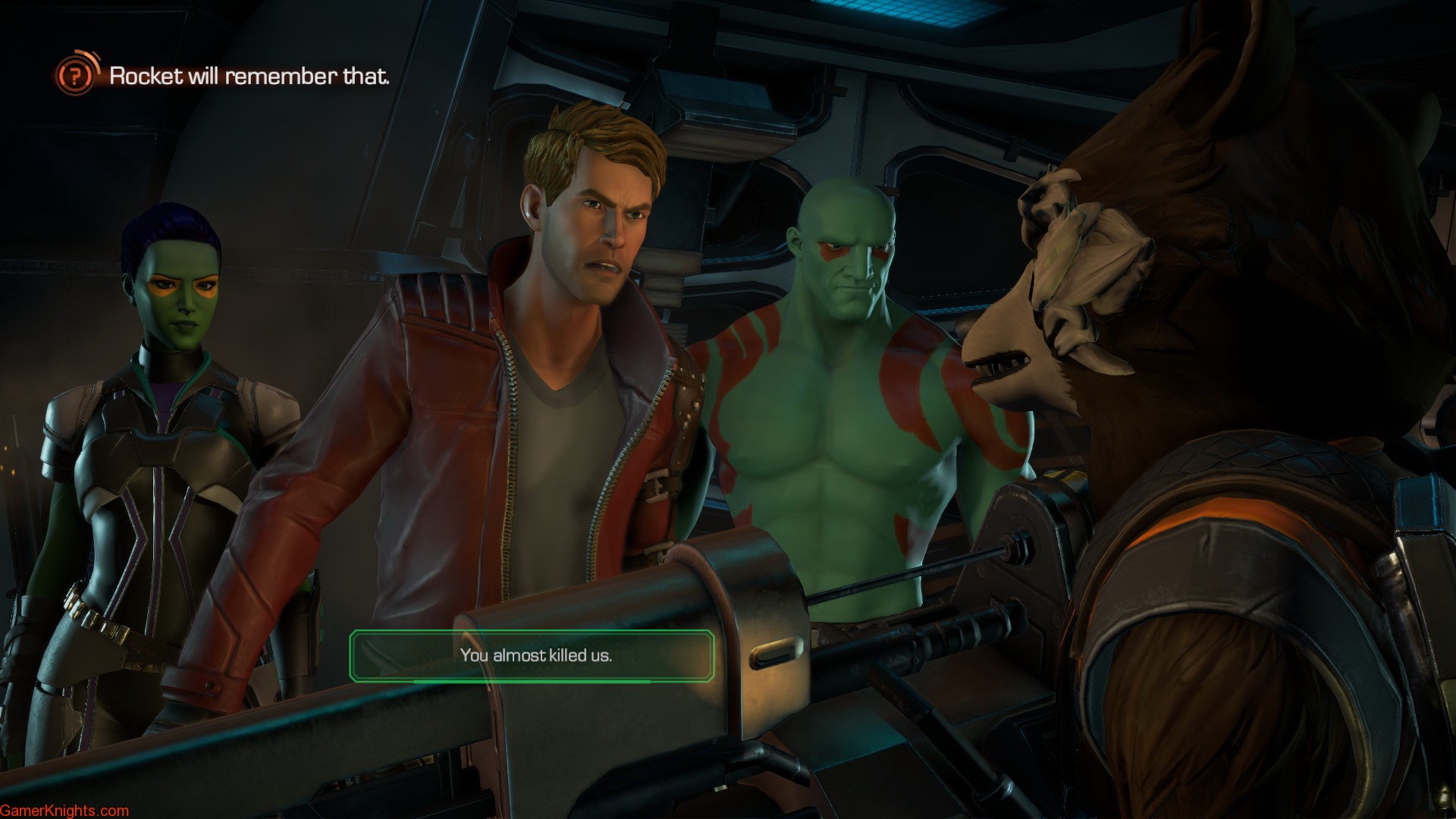 Luckily the game still looks fantastic, and visually there wasn’t a hiccup in sight. Characters still pop vibrantly as if from the pages of a comic book, and a couple of fan-favourite characters from the movies make an appearance. These cameos are fun, and Nebula is a badass who has elevated the dynamic of the ship tenfold, but muddy the waters when trying to remember this a separate experience to the movies. 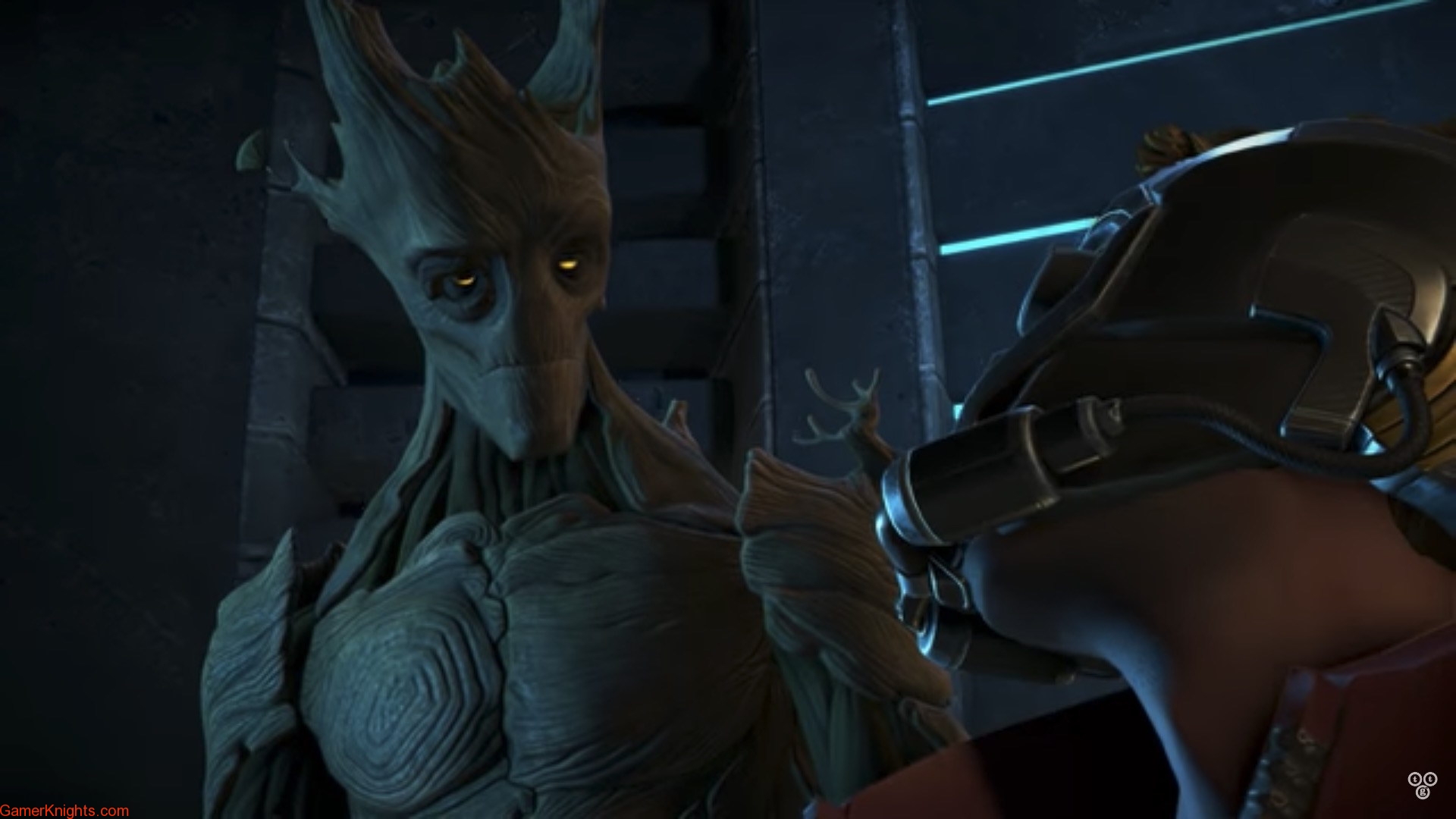 The music of this episode was a complete disaster, however. Despite a strong opening with a killer King Harvest track the game weirdly seemed to forget about the score. There was a couple of ambient pieces to score less important moments – and these were utterly forgettable, a cardinal sin in a Guardians of the Galaxy piece – but there were plenty of moments where I’m pretty sure there was supposed to be a licensed track playing that simply…. wasn’t? It was so strange that I took to YouTube to watch other playthroughs and see if my game had simply glitched, but these moments passed in complete silence on their playthroughs as well. In one scene late in the episode Peter Quill puts his headphones on before a big fight, as if to say “let’s do this!” and kick off an awesome action piece set to some 80s banger, only to completely fail to make any sound for the next three minutes. It’s absolutely bizaare and killsthe atmosphere Guardians always chases (and nails, usually).

Maybe I went in with high expectations after a killer debut, but Episode 2 of Guardians of the Galaxy was a massive dissapointment. After episode 1 I was very excited to play more, but since playing Under Pressure I’m actually kind of dreading whats to come. Here’s hoping this was just a bump in the galactic road.

Marvel’s Guardians of the Galaxy: The Telltale Series – Episode 1: Tangled Up In Blue Review
24th April 2017