Forget feeling like Spiderman; Insomniac finally nail the feel of being Peter Parker – and all the brilliant, existential baggage that goes with that.

“Marvel’s Spider-Man” is a game I’ve waited my whole life to play. As a huge spider-fan ever since I got my hands on some old comics as a kid – and being glued to the TV set every time that distinctive theme tune rang out – I’ve wanted to feel like the powerful web slinger himself.

But what Insomniac have achieved here isn’t just to accommodate that lofty power fantasy – as a few select titles have nailed before – but to understand the dichotomy between Spiderman and Peter Parker, and all the existential baggage that relationship brings.

What I expected going into Spiderman was great web-slinging and – hopefully – some fun, fresh combat. I never expected the best Spiderman narrative to hit the screen – any screen. Insomniac’s vision here exceeds every outing Spidey’s ever been on, be in on TV or the movies, and that should be applauded.
Introducing us to a Peter Parker eight years into his career as a masked vigilante – with plenty of his big name rivals already behind bars on the Raft – Spiderman subverts a lot of expectations. Familiar faces show up and established storylines rear their heads early on, but Insomniac take great joy in pulling the old bait-and-switch. Every time I thought I knew where a storyline was headed in Spiderman I had my expectations flipped wonderfully on their head – and as a fan I can’t ask for more than to be surprised. 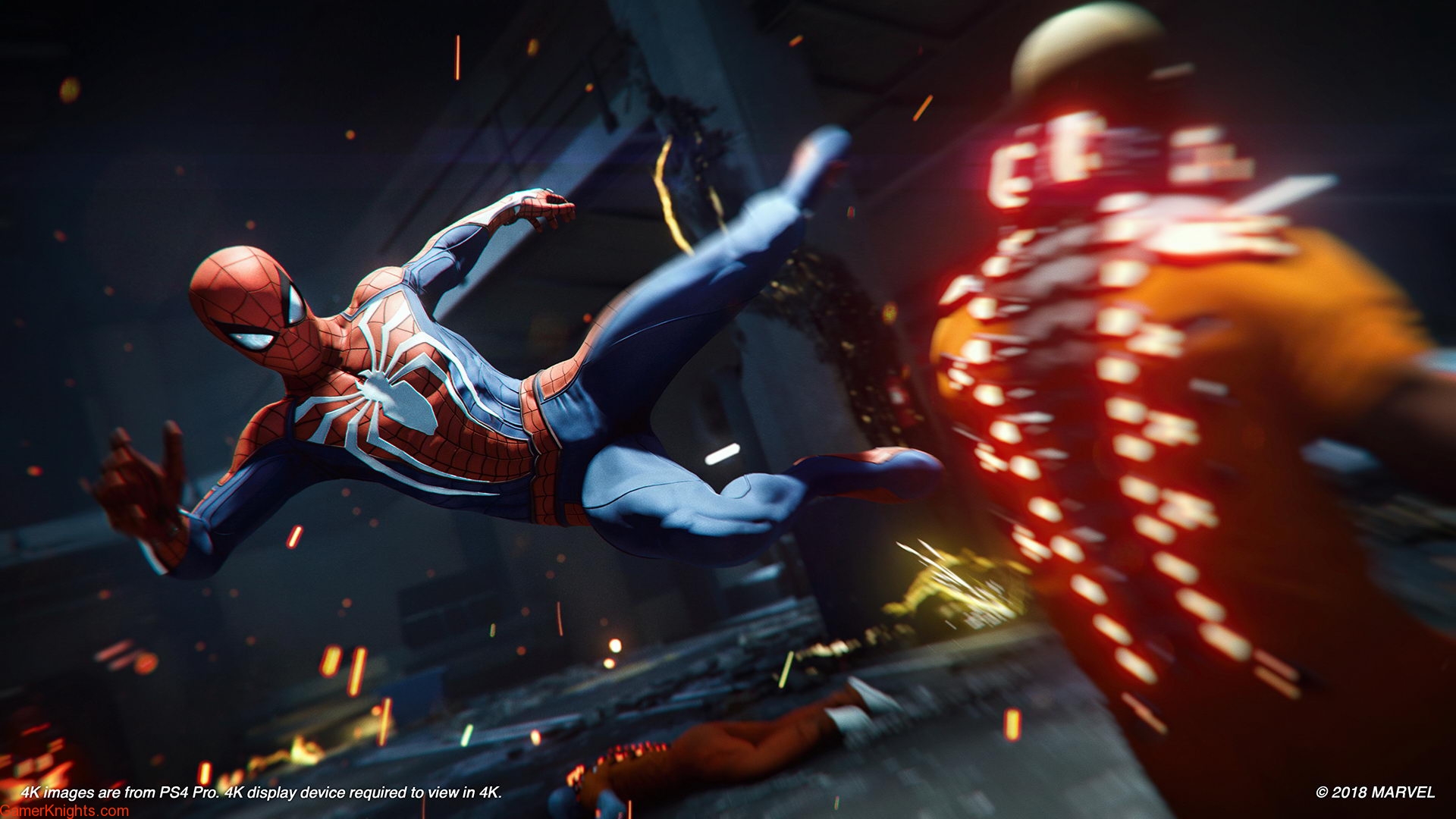 The storyline is phenomenal – easily the best I’ve seen in gaming this year – buoyed by excellent writing and performances all round. Peter’s relationship with Mary Jane is exciting and funny and heartbreaking to watch evolve, as is the introduction of often overlooked characters such as Miles Morales. There are so many story beats I want to explore here but you should be exploring them for yourself. I was left grinning at times, and crying at others. What Insomniac have delivered here – how they’ve turned the fantasy world of a superhero in a skin tight suit – into an emotional rollercoaster with as many laughs as it has gut punches, is nothing short of spectacular.

Thankfully every piece of the gameplay between those excellent cutscenes is held up by some of the most engaging and downright fun gameplay I’ve had the pleasure of experiencing this year. For reference, I used to dust off my Gamecube every year to play Spiderman 2 – not to play through the storyline, mind you, but to simply swing around the city for a few hours. It was one of the most cathartic gaming experiences around, but I can’t see myself doing that ever again. I’ll instead boot up Spiderman PS4 – that’s how good the web swinging is here. The sense of inertia and flow to careening through a beautifully realized New York and performing marvellous acrobatic tricks is a joy to behold and a rush to be in control of. Scrambling off the side of buildings and zipping nimbly through tight alleyways is made possible thanks to some incredibly trickery on the developers part, with a system that reacts to the many variables that comes into play when racing over a skyline at ludicrous speeds. 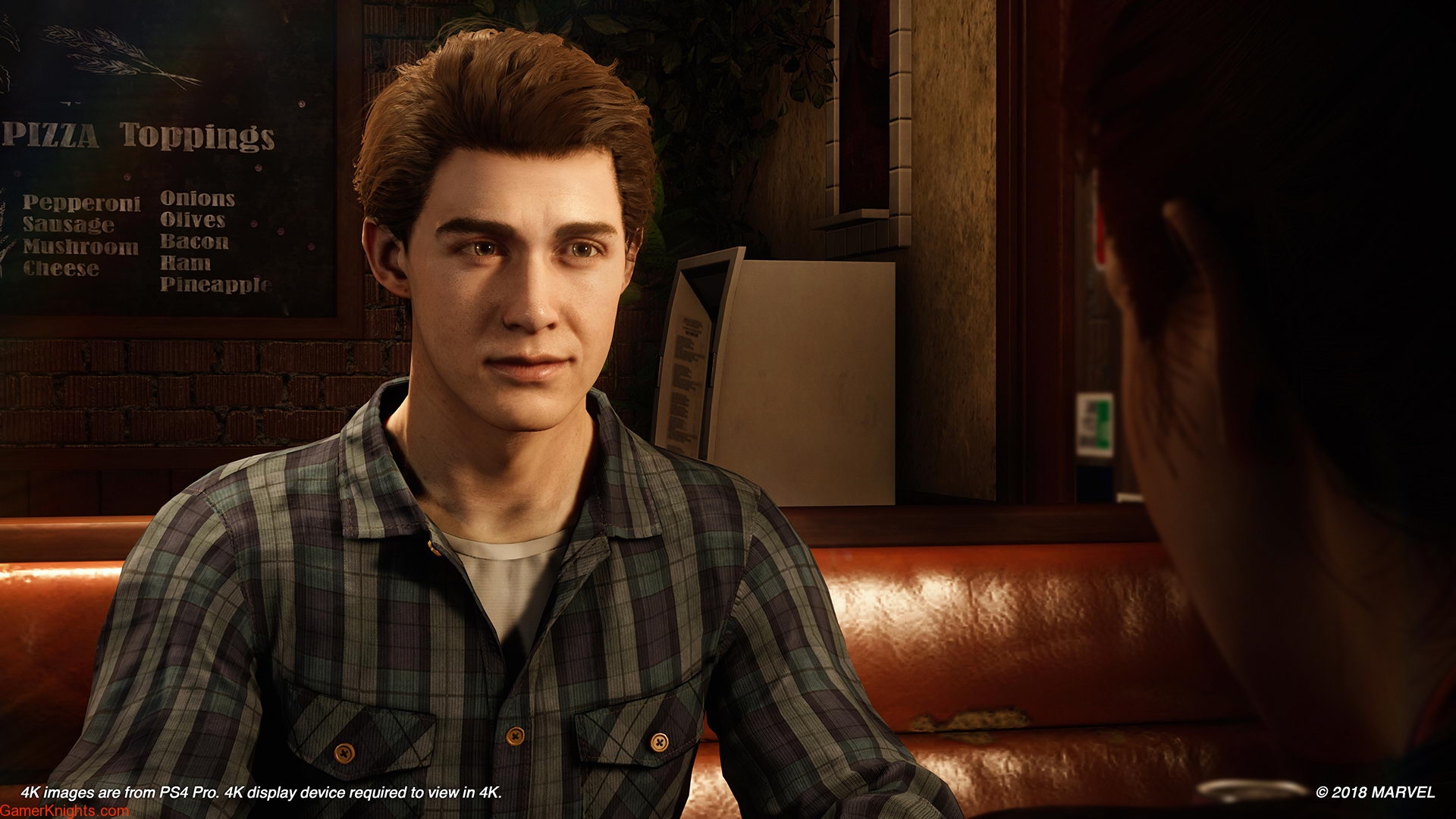 The combat is also very tight, though it might be one of the few areas that foreseeably lets the side down. At first it’s a mess – but only down to your own inexperience with a system that wants you to play with it, and to exploit it. Spiderman isn’t Superman or Batman – he’s a fragile kid with a body that crumples after a couple of hits. The aim of the game in the many combat arenas you’re thrust into is to duck and weave, to dodge between the punches and infuriate your enemies as you barrage them with quick jabs and copious amounts of webbing. Once I got into the flow of the system – pick off the outfielders with stealth and then take the fight to the rest of them – and started unlocking some seriously versatile gadgets and upgrades, I began having a lot of fun with the system. Webbing goons to walls, whipping guns out of their hands and smacking them in the face with them, triggering super slick finishers and generally just being a giant pain in the ass to the nefarious denizens of New York’s underbelly was an absolute riot.

Marvel’s Guardians of the Galaxy: The Telltale Series
24th April 2017