MXGP2 makes good use of the license and gives you plenty to do, but the currently appalling frame-rate and tearing issues mean you should probably hold off until a patch.

Milestone are back with another simulation racing game. Does it match the depth and realism that the developer have become known for?

Milestone have certainly applied their usual format to the career, starting you off in the junior MX2 class, with your own team, allowing you to either take it to the top or earn a drive at an official team (the game has the full MXGP and MX2 licenses) in your quest for the MXGP championship.

Whilst there are some customisation opportunities, these are purely limited by cash, and your team manager only speaks to you for a few tutorials, leaving the rest of the story exposition to a few faux magazine covers and pretty generic emails and sponsor opportunities with hilarious fake companies like ‘parmigiano reggiano’.

MXGP2 starts you off in the deep end. There’s some tutorial videos, but the only way to get up to speed is by playing the game, probably by pootling around at the back in your first few races of the trial championship season. Bikes require a delicate touch of the throttle, and to succeed, you really need to manually control both front and rear brakes, located at LT and A respectively. 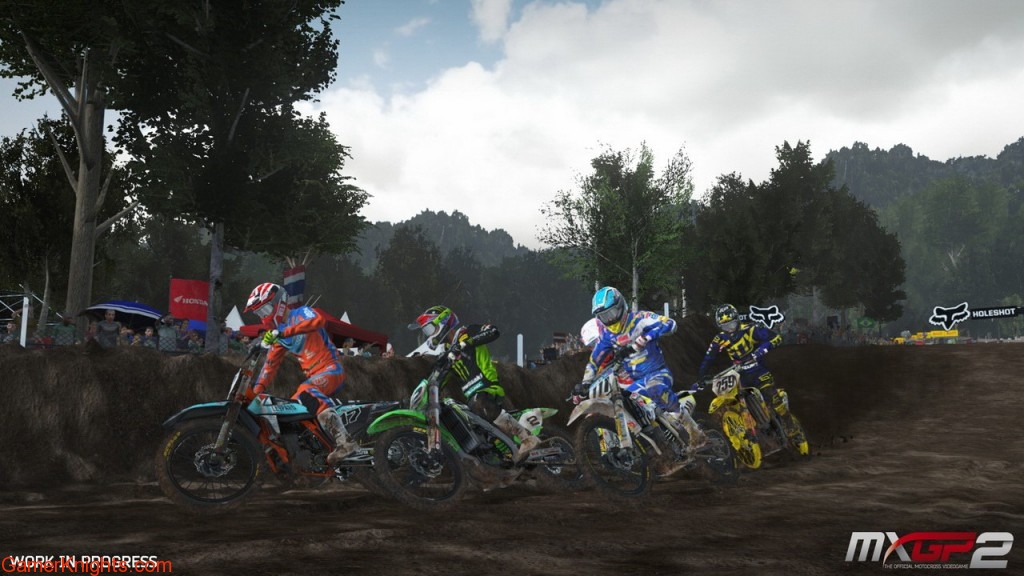 More advanced players can then move on the controlling their rider’s stance using the right stick, although you can definitely get away with this on the basic physics setting. Even then, falling off can be easy, thanks to some tracks which are a bit tight on resetting you for going an inch outside the valid area and some pretty dumb AI, who seem unable to react to anything you do. I landed on them, they landed on me (and kept going), and they won’t ever get out of your way in a corner, even if it ends up with you both bailing.

That doesn’t stop them from being tough competition though. Without any bike upgrades, the ‘normal’ difficulty is really quite hard, although it certainly gets easier with time. Easy, was also a little bit too easy for me though, leaving me wishing for a few more options to create a suitable challenge. My personal preferences aside, at least no-one can really complain about the amount of content on offer. 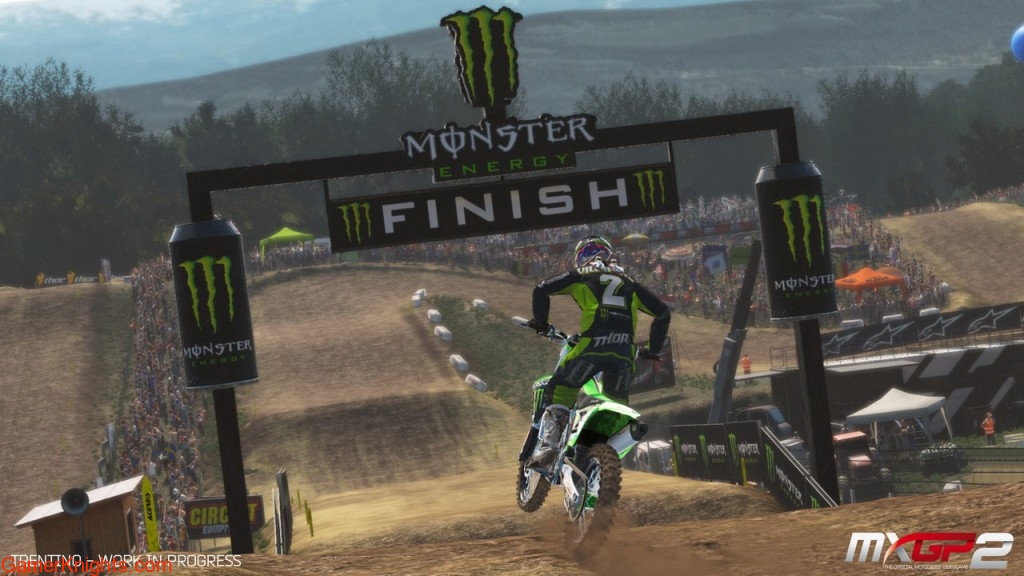 In addition to the 60-odd official riders and bikes, you get 18 circuits from the MXGP tour, MXON (MotoCross of Nations) content, and some developer created stadium tracks. Even turning all the race options to the shortest possible values will leave you with a 5-hour season, so becoming MXGP champion will be a minimum 15-hour journey before you even start on the other modes. It’s a pretty generous chunk of content.