Bandai Namco has always been known for offering numerous anime-style video games or even many adaptations of well-known works such as Naruto, Dragon Ball, One Piece, Sword Art Online or My Hero Academia.

With the arrival of the new generation of consoles, the company wanted to start its journey on PlayStation 5 and Xbox Series X | S with Scarlet Nexus , a new IP that promised to take advantage of the benefits of these new machines.

The release of a brand new title in today’s all-saturated gaming industry is a huge risk that most developers and companies would prefer to stick to their old titles and pocket safe money instead of accepting such a risk. Bandai Namco took a big risk by making the Japanese role-playing game Scarlet Nexus, and with the release of a completely new game, tested its luck, has Scarlet Nexus succeeded in attracting fans of the Japanese role-playing style and hack and slash?

At first glance, the idea is worthy of a B-movie, however, it is much more than that, as it starts a story that splits to expand. Scarlet Nexus combines many elements that we have seen and delivers them in a new winning formula under the concept of Brain punk, where precisely, the brain and its extrasensory abilities are the stars.

This is where the two protagonists of Scarlet Nexus come into play: Yuito Sumeragi and Kasane Randall . These two young men are cadets who have just entered the army and who join different squads. Before starting the game, we must choose which of the two we want to control during the adventure, living the same interconnected story but from different points of view. 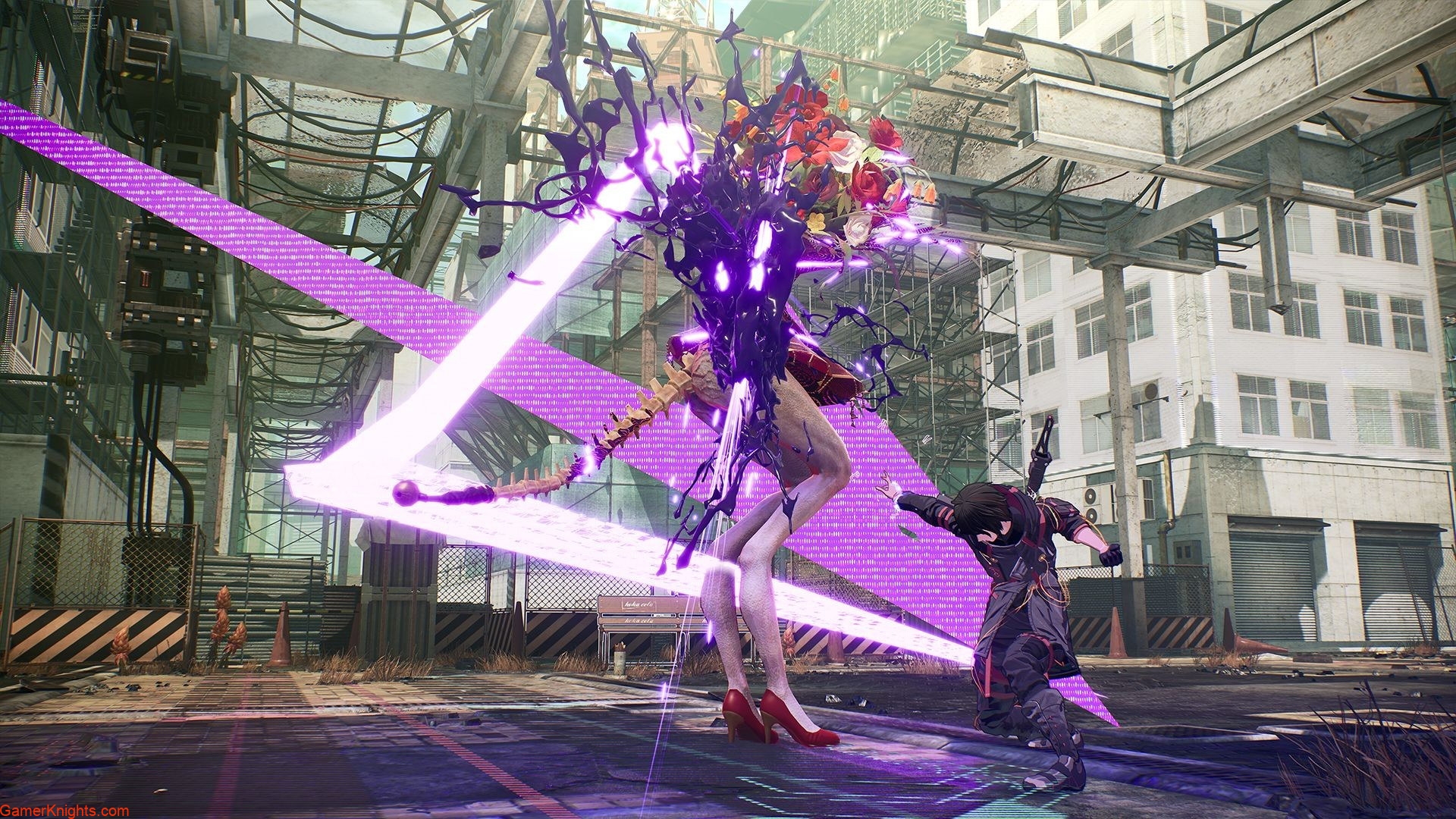 Yuito is specialized in hand-to-hand combat, while Kasane masters ranged attacks, and being in separate squads, the number of friendly characters is large.

Both parts begin during the process of integration to the ‘Force of Suppression of Others’ organism in charge of exterminating the creatures that fall from the sky and devour human brains. At the end of the test, their instructor gives them the day off before they formally join the team. Yuito and Kasane meet along the way and meet again when the Others have invaded the city.

This is the beginning of a story that gets complicated and places a lot of emphasis on developing its characters, since despite the fact that the Others are the central theme, the narrative pays attention to the interests of the protagonists and their relationship with the other members of the group.

I started with the story of Kasane, where the character’s cold nature develops but his empathic side shines through when he shares experiences with his peers. At the same time, there are ups and downs of mood with tragic overtones and many symbolisms, such as the legend of the red thread of destiny or the Lycoris radiata flowers, which are associated with death and we have seen in series like Dororo .

The truth is that there are clichés, but the story is interesting and entertaining. Yuito’s path seemed flatter to me, with few surprises, in part because his personality is simple and is not noble.

Either way, in both stories you will find conspiracy theories, enemies that become allies and political and social issues, among many twists of the screw that will keep you attentive to the screen. Of course, I must warn you that you will see all this through cinematics and many vignettes. Most of the time, you will be seeing still images with transitions and lots of text like manga or comic books, with voice acting that can tire you because of their constancy. 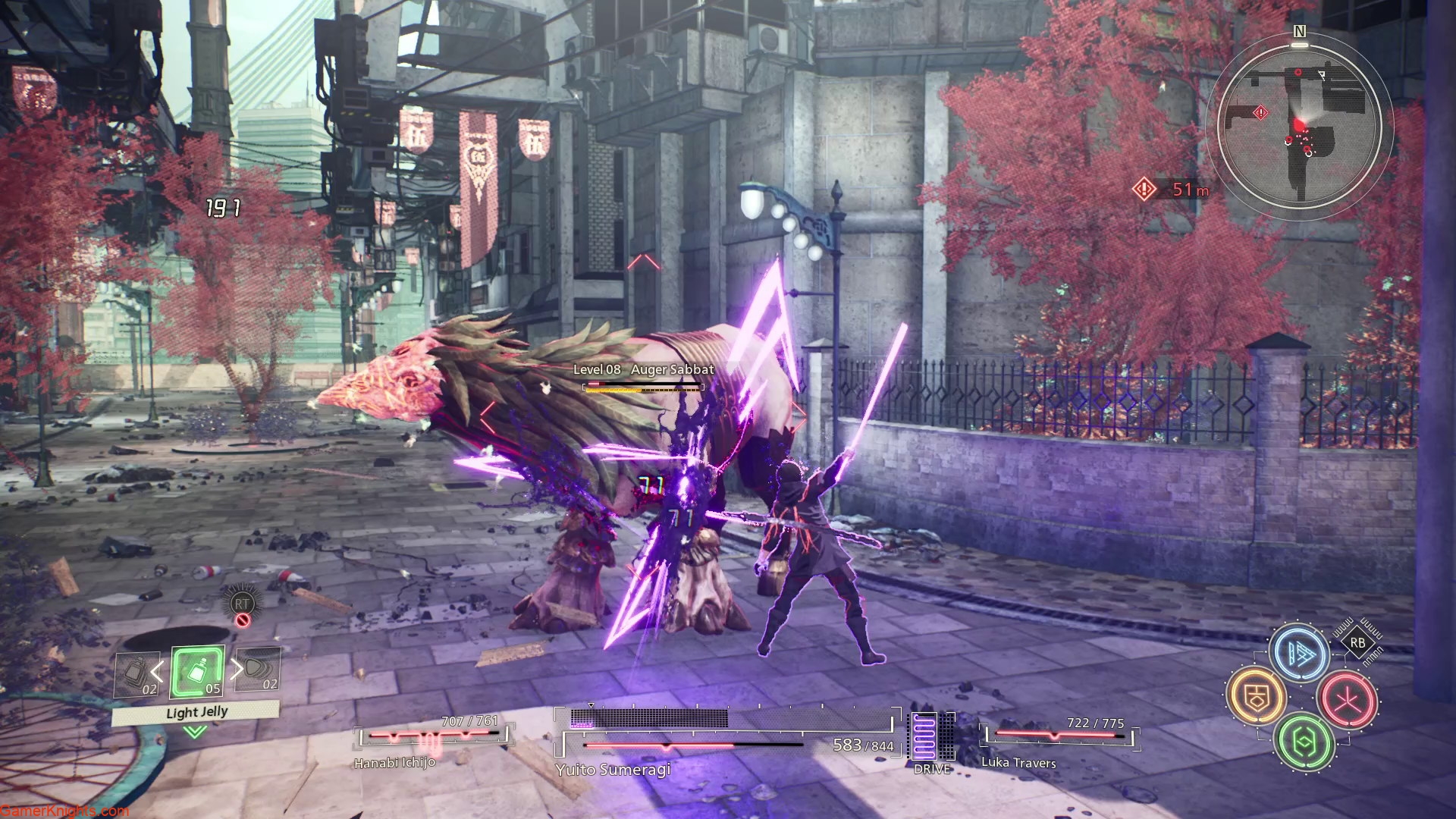 This is not the first time that Bandai Namco has used this resource. In Sword Art Online: Alicizaction Lycoris something very similar happened, however, this time the story is better told and the transitions help make it more entertaining. On the other hand, the interventions of the characters and their interactions will give the sensation of watching an anime; I mean that there will be times when they will go out to talk or have a coffee, and there they will talk about their concerns and fears, and they will also make jokes.

Something important is that all the time you will be in communication through text messages and distance conversations through telepathy, which will serve to deepen some topics and obtain additional information. The importance of the characters is evident, but I would have liked the narrative load to be lighter to have more moments of action.

There is a lot to say about the battle system; I honestly really liked the protagonists’ use of telekinesis and the Struggle Arms System (SAS). As in any game of the genre, you will have physical attacks with your sword in the case of Yuito or knives in the case of Kasane. Obviously you will be able to do combos on the ground or in the air, but they are super basic, so don’t expect to juggle your weapons while hitting your enemies.