This time the fury of Bowser is included ...

We can criticize everywhere the habit that Nintendo is taking in adapting all its great Wii U titles , but let’s face it: that platform that sold only 14 million units caused important works of art to be lost along the way in many homes, for what is understandable that the Japanese company works to rescue them to bring them closer to its mass audience today.

Now, there are two types of adaptations since the Nintendo Switch hit the market.

The mere ports such as Tokyo Mirage Sessions or Pikmin 3 Deluxe , which incorporate few new features, and almost none capable of attracting players who have played the original work, and more complete works with weight additions such as Super Mario 3D World + Bowser’s Fury , title of the famous plumber that really does not stop being an adaptation of the original title, but with a complete expansion that completely changes the gameplay and that, to us personally, has fallen in love with us.

Enter one of the most complete platform video games of the decade and enjoy it as we have done from the beginning.

In the collective imagination of fans of the franchise, works such as Super Mario 64, Super Mario Galaxy or Super Mario Odyssey remain , that is, those higher-budget video games that Nintendo has placed at the top of the sales list. 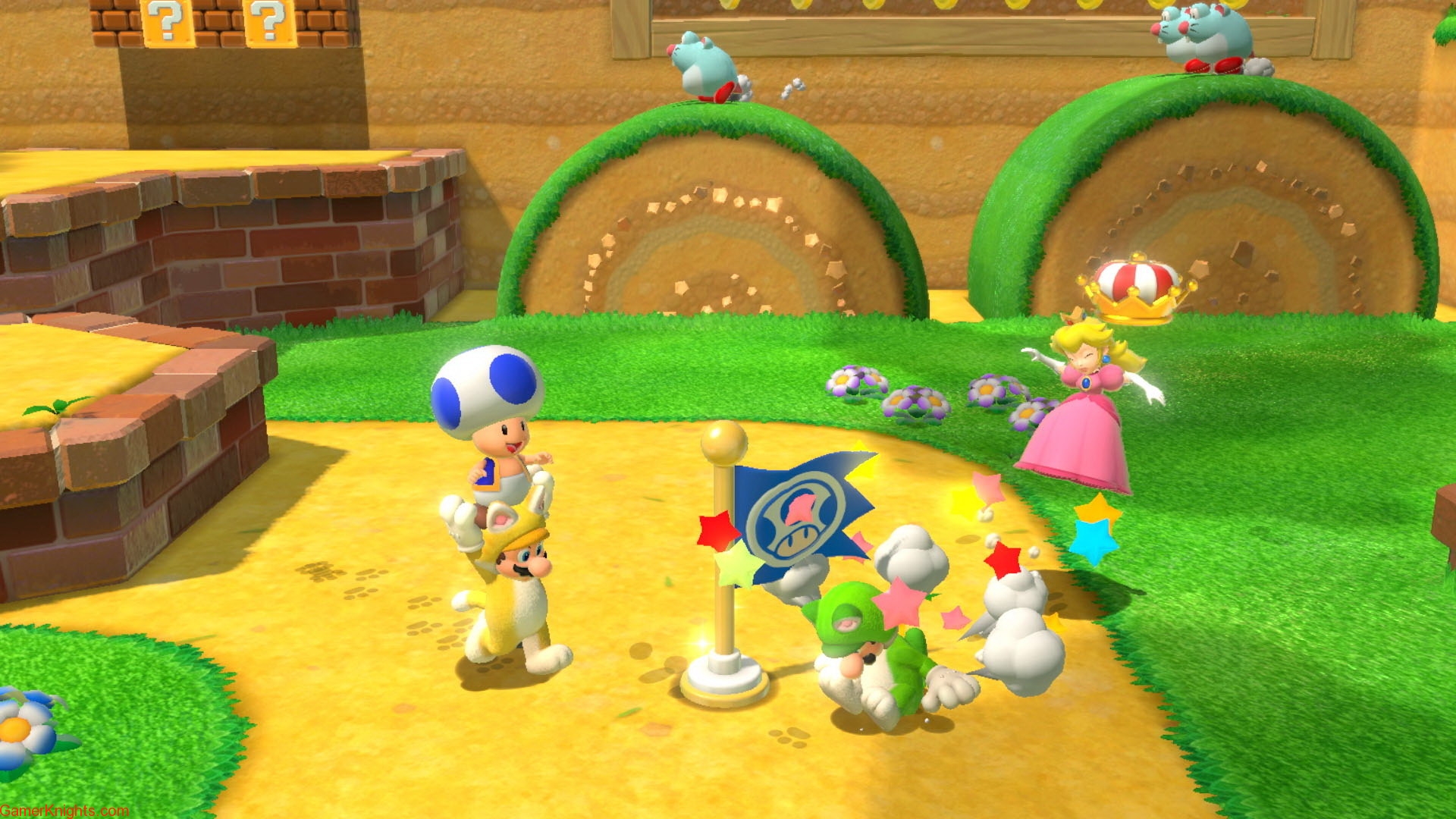 But let’s be honest, although they have put millions of units on the market, the best-selling titles in the series are the ‘least’ ambitious: we’re talking about New Super Mario Bros Wii or Super Mario 3D Land ; the latter was born its sequel, Super Mario 3D World , which took up the idea of visiting independent phases through a map mundi , respecting the gameplay we enjoy 2D titles, but with the novelty of beinglevels completely in 3D in which we can move the camera a little .

When we select Super Mario 3D World from the menu of this adaptation , we will find few new features regarding the Wii U version . It is normal, since playing a masterpiece would not be fair, and even less when it was not played by half the players that Nintendo would have wanted. Nor does its difficulty curve vary, which is ascending and culminates in some very complicated last worlds in which you will lose many lives. It is clear that here the developer has not wanted to change the perfect machinery that is Super Mario 3D World , although it has made certain adjustments to the movement (it feels much more agile than in the original version, as is the case with the camera).

That is, we are facing a video game in which we will have to advance through each world, each one of them having between five and seven main levels (plus several hidden surprises), and in which the power ups are more important than ever : yes , the perfect jumps are also necessary to advance safely and to find all the secrets, but more so are the objects that duplicate you, those others that make you a cat capable of climbing to the highest of mountains or that flower with the one that you throw fire and defeat more easily to that wave of enemies that comes to you. And let’s not forget that giant Mario who scares anyone. 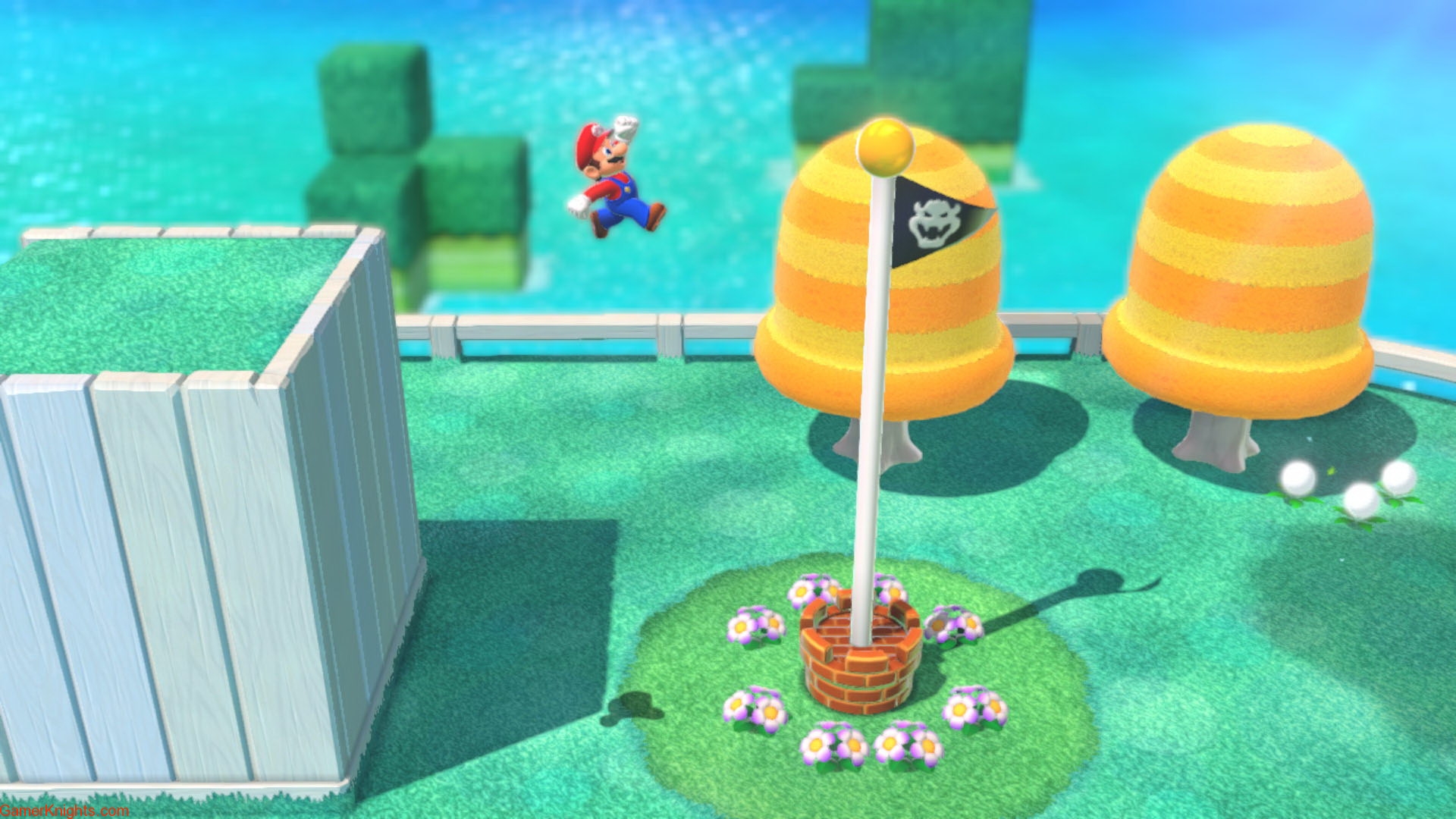 Fortunately, the developers did not forget to put platforms that seem impossible to reach, floors that end up falling in a few seconds or pipes that hide complex puzzles , and in turn, these give you the possibility of obtaining a hidden seal. And if you want to achieve 100% of each level, you will have to repeat them multiple times, because if something Super Mario 3D World does well is to invite you to replay ad nauseam and beat your points.

The most important novelty, yes, lies in the possibility of playing online each and every one of the levels (including those of Captain Toad). The traditional phases are converted into races to obtain the highest number of points; those of the little mushroom-shaped character in competitions to see who moves the camera the most and distracts the enemy. It is clear that this Mario is to play in company, and wins many integers if you enter its ‘cooperative’ mode, a way to enjoy Super Mario 3D World that does not suffer from lags or a lower graphic quality (which, on the other hand , it’s pretty close to the eye on Wii U). 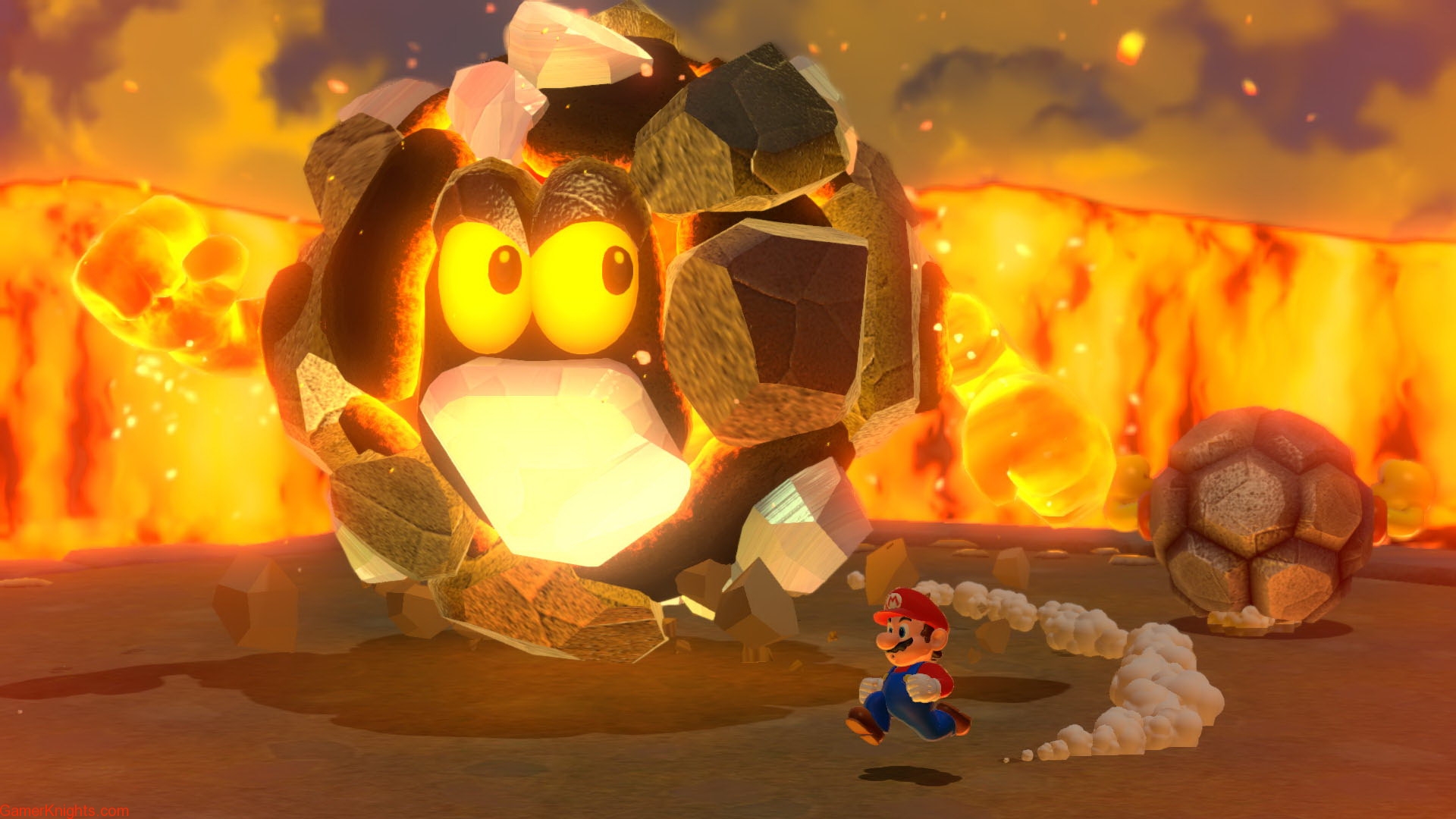 Let’s get serious now: what is Bowser’s Fury? An effortless basic addition? Or a true expansion? It really would not be either one or the other, because you can see that there is a huge work behind this content, and also, it does not work as an extension itself, but as a video game with its own identity and with a very different gameplay in Super Mario 3D World .