Banana Blitz HD proves the divisive title to be a stellar one, now that the gimmicks are out of the way.

I remember playing Banana Blitz way back in 2006 and lamenting. This felt like the final nail in the coffin – a motion controlled nail in a once brilliant series. It had stumbled from grace before, but this package was so misguided – a series based on precision controls being adapted to the ineffective waggle of Nintendo’s Wii console – that it felt like the end of the balled monkeys – super as they may have once been. I was confused, then, to hear that the HD Monkey Ball we’d be getting was based on Banana Blitz, rather than the perfect SMB Deluxe.

Well, I stand corrected – Banana Blitz HD is a great game all these years later, divorced from its controversial control scheme and seen anew. 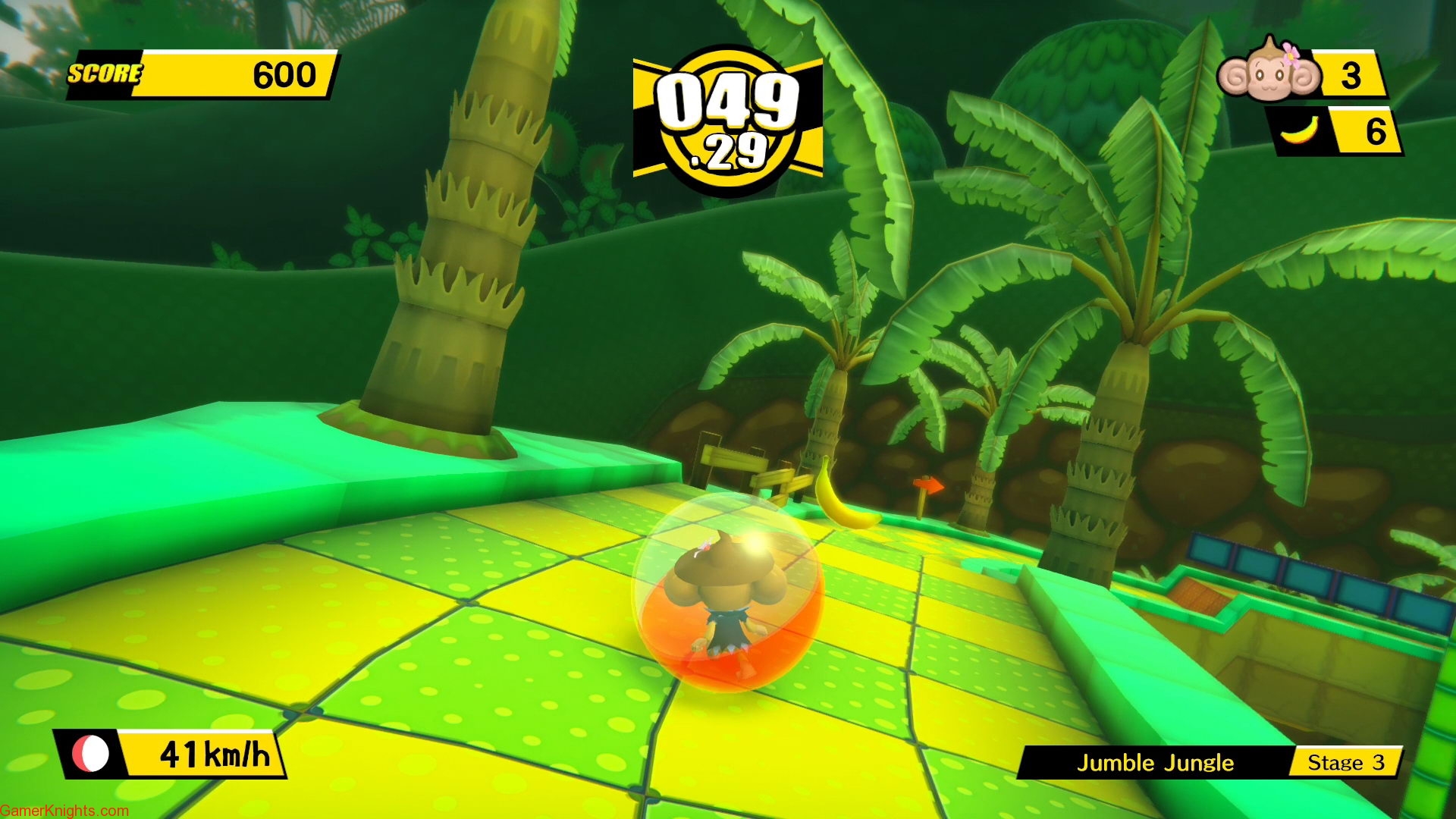 Banana Blitz HD feels like a homecoming for SEGA’s long forgotten series. Free from the shackles of motion controls, this precise platformer that sees your balled simian rolling through maze-like levels as fast as possible in each of its one hundred stages, teetering ever between the precipice of failure and the finish line of success.

The more than decade long wait between Banana Blitz’s original release and this remake was filled with subpar titles carrying the Super Monkey Ball name, leading one to believe that perhaps the series was never due the comeback it deserved – that maybe the original formula simply fell out of fashion. Banana Blitz denies that statement with aplomb, packed with devious courses that show effortlessly how fun careening through them and collecting bananas can be. The controls are tight, the challenge steady and fun, and the joy of finding shortcuts and tricks is still as brilliant as ever. 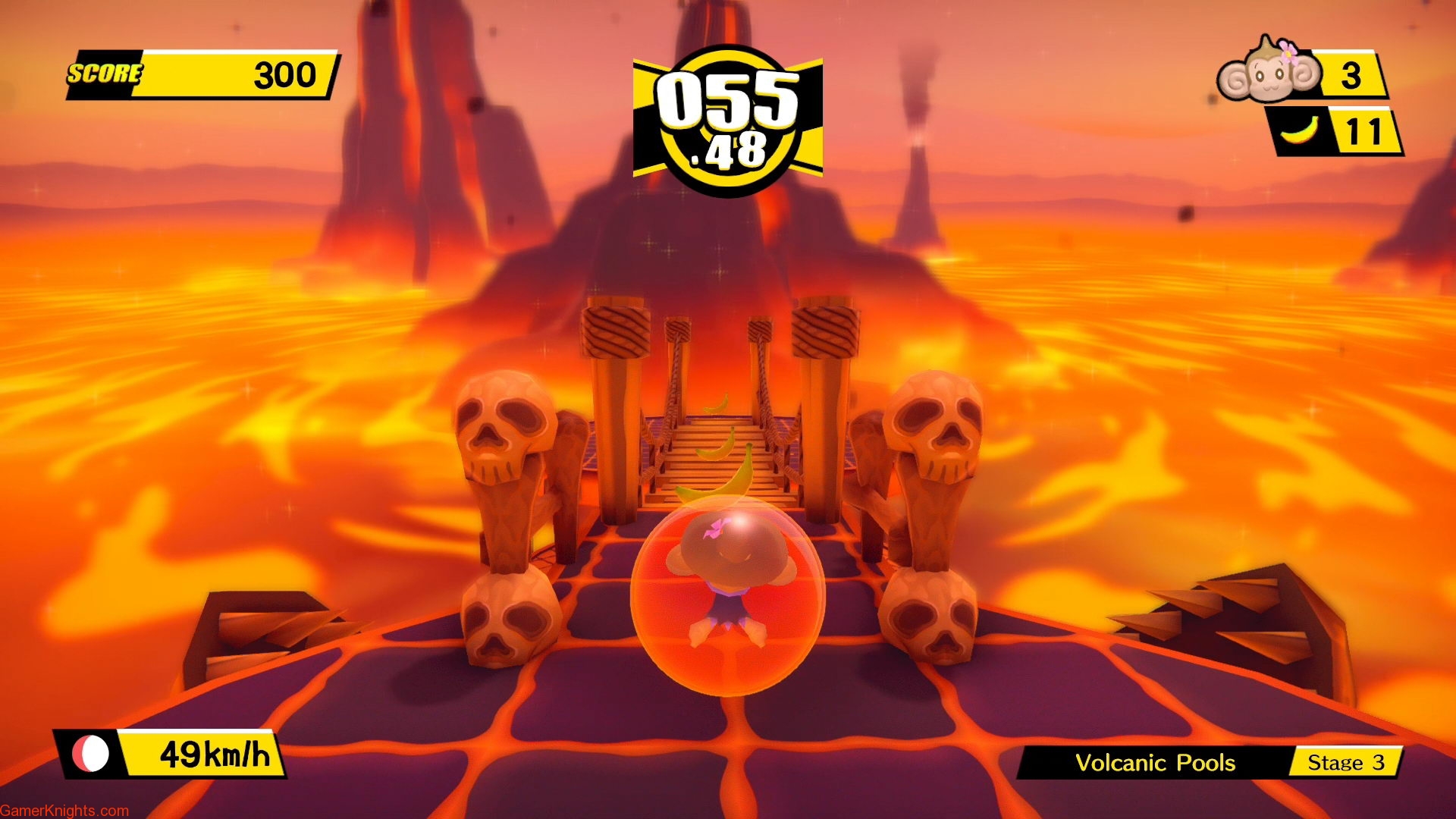 Added to Banana Blitz was a controversial jump button – still controversial, but allowing for more dynamic level designs than before – and boss battles. Whilst I can forgive the former, the latter often devolves into pattern recognition slogs that rarely yield enjoyment. Instead they break up SMB’s manic pace – almost always to its detriment.

Banana Blitz HD benefits from vastly upgraded visuals – boasting clean, crisp lines and bursts of rich colour – an improved heads up display that looks sharp in the modern era of games, and a style that still feels as fun today as it did all those years ago. 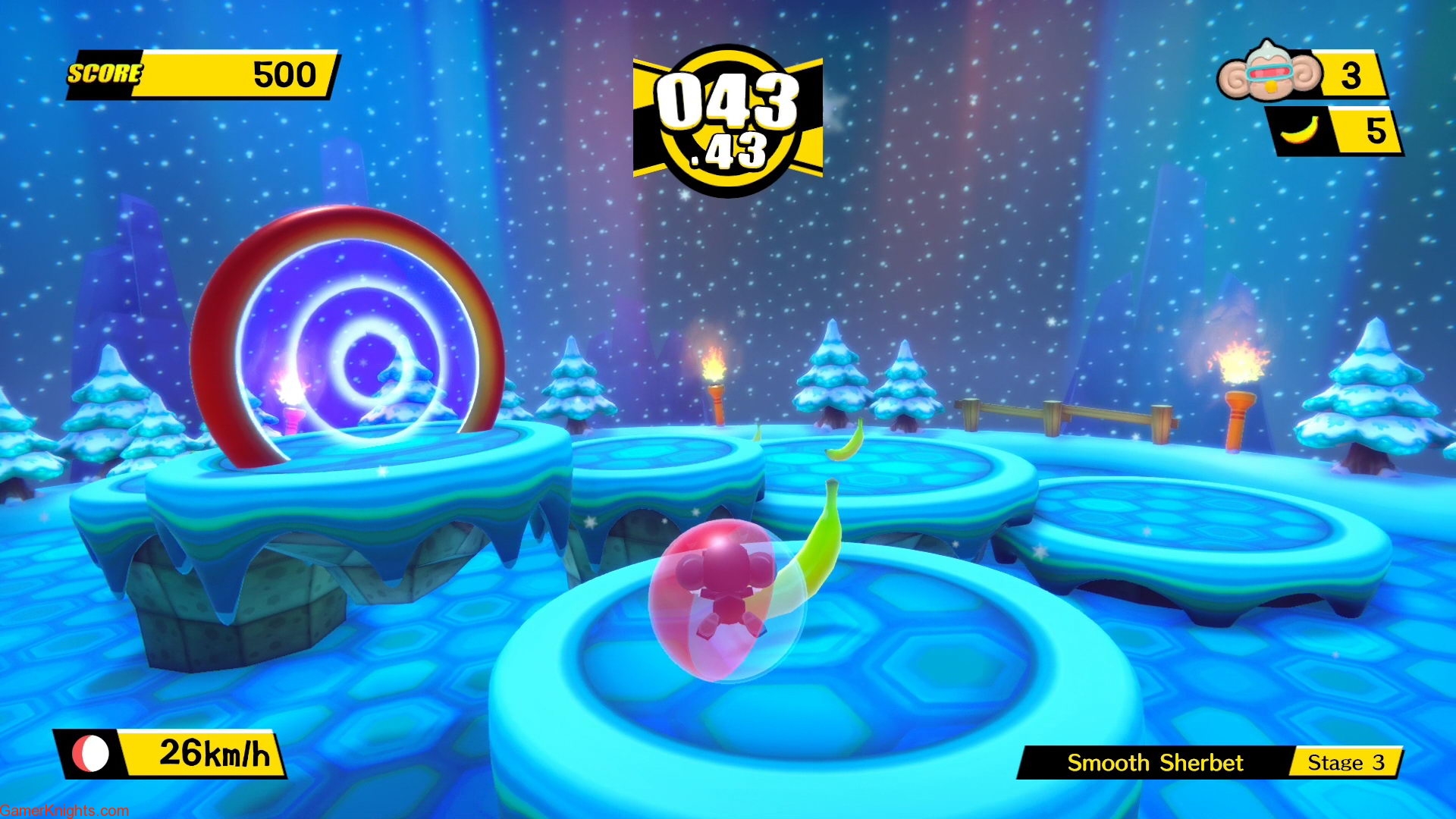 The soundtrack has also been reworked, with some great tunes that only start to irritate long into an extended playsession. What doesn’t take so long to wear on you are the monkey sounds – especially repeated deaths – and victory jingles. These sharp sounds begin to grate quickly, mildly annoying the player and infuriating anyone within earshot.

Slap a ‘3’ on the box and call in a day – Banana Blitz is finally a worthy addition to the series. With BBHD, SEGA have proven its detractors wrong and blamed the mess on the dog – the dog, this time, being Nintendo’s imprecise motion controls. If you’re a fan of the monkey rolling dynasty and rightly steered clear of this game the first time round, change course! What you’ve got here is a game chock full of interestingly designed levels and fun tweaks to the formula. Whilst the jump button still feels like sacrilege, and the boss battles feel wholly out of place, the amount of fun on offer is well worth the ticket price for anyone clamouring for a time when games were simpler things. When monkeys liked bananas, and rolled around in balls to collect as many as possible. When an analogue stick beat waggle, every single time.