A ‘network attached storage‘  system or better NAS is in fact extra storage that can be added to your local network. (Personal) Movies, files, photos, music, you name it … everything can be storaged to your NAS without any problem.

Still, a decent NAS system comes with one big disadventage. After installing the necessary hard disks, you may found yourself spending a lot of money on a working NAS. Most hardware manufacturers have systems ranging from a 2 disk system to …

In this review we’ll take a closer look at Synology’s new 8-bay NAS system, the DS1815+. The “plus” stands for a more powerful system comparing to normal or value systems. 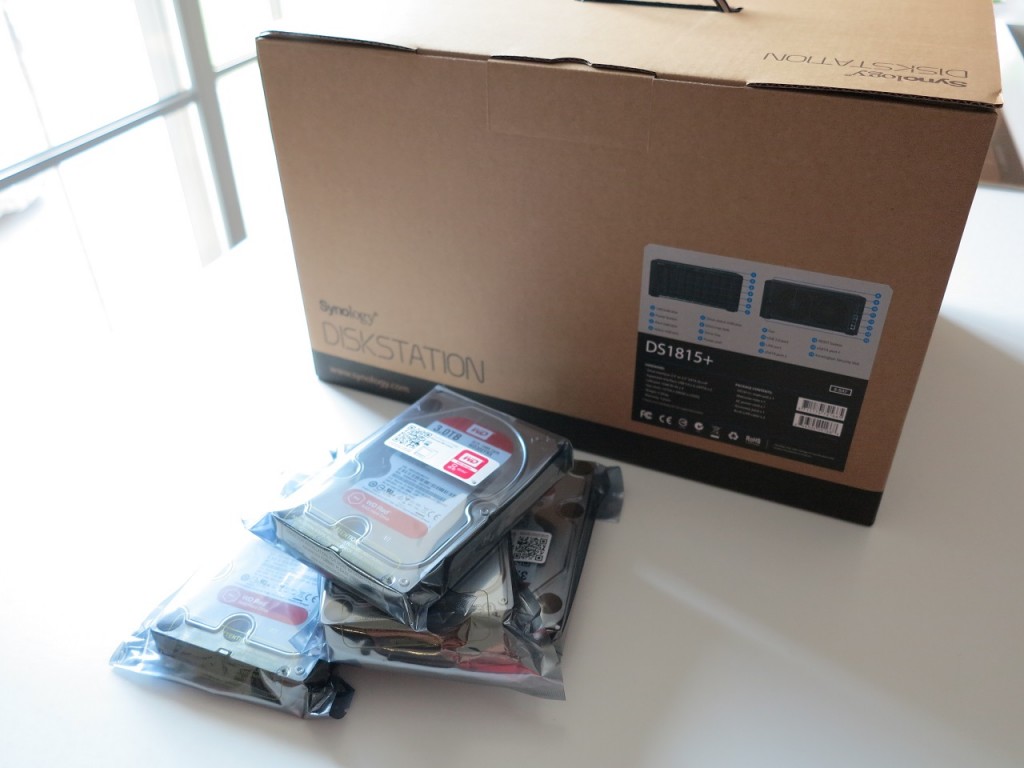 The NAS operates with its own operating system. Synology has developed their own OS, it’s called “DiskStation Manager” and it’s very powerful and user-friendly.

Besides hdd’s and its own operating system, a NAS also includes a CPU, ram, mainboard, fans, etc. With using the OS and adding apps the NAS will basically help you in getting the most out of it by running apps on its system like viewing your photos, streaming movies/music, running a backup, downloading files, modying files etc etc.

There are a lot of third-party apps available for Synology systems which will all make your ‘multimedia life‘ a little bit easier. 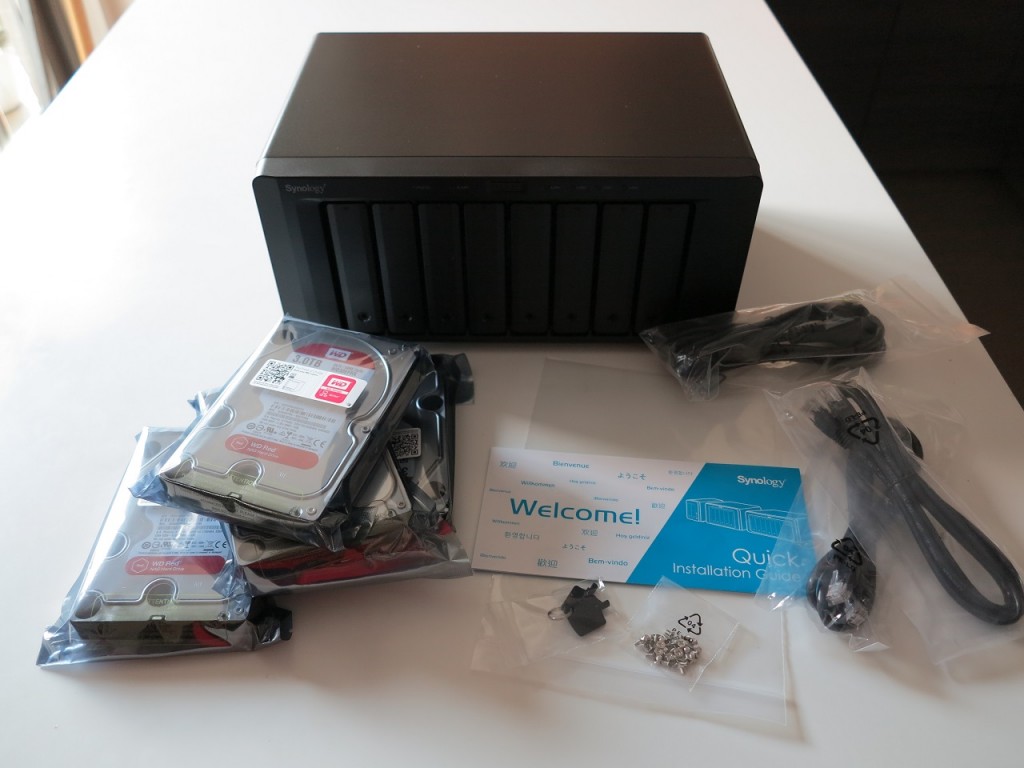 The DS1815+ can take up to eight HDDs for a total of 48 TerraByte (TB) if you use 8×6 TB disks. It also comes compatible with Synology’s own DX513 expansion unit which will allow you to increase its storage capacity even further.

The design of the DS1815+ is almost identical to that of the DS1813+. Its chassis is composed of black sheet metal and uses plastic for the HDD trays which are lockable if you want extra security.

These drive bays are easily opened by simply pushing the doors and offers support for 3.5″ and 2.5″ drives bays, all hot-swappable. Installation is really simple when removing or adding a (new) HDD. 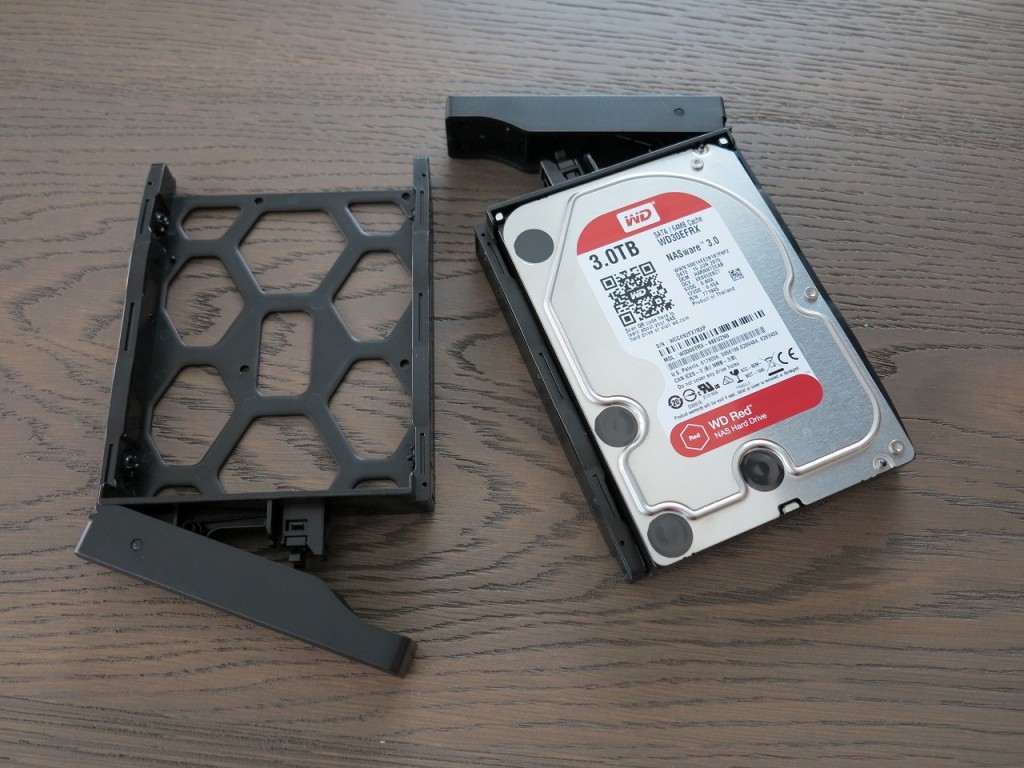 The only minor weak spot is its low RAM, total of 2 GB. We must admit, 2 GB will suffice in most (home user) cases but if you would use multiple users, applications at the same time it would need a bit more ram. However the DS1815+ adds support for up to 6 GB of DDR3 RAM so it can be upgraded with another extra 4 GB of RAM.

The front panel offers various LED indicators which displays the unit’s health and lan/hdd activity. The power button is also situated in the middle of the DiskStation. Both sides of the DS1815+ shows off the Synology branding. 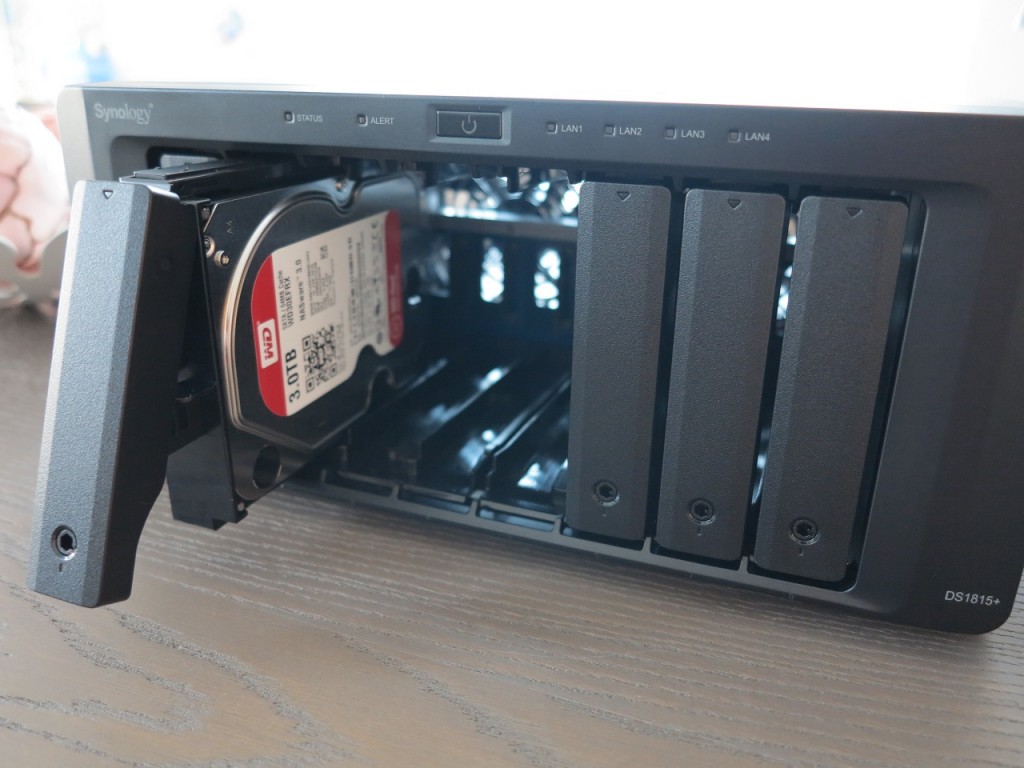 On the back, it holds 4 Ethernet ports (10/100/1000 Mbit Ethernet), 4 USB 3.0 ports which are compatible with USB 2.0 and even 2 eSATA ports which will allow you to expanse its storage capacity with 2 extra DX513 expansion sets. That would give you a total of 108 TB! The four gigabit ethernet ports can be configured for redundancy in case of failure or simply together for ‘link aggregation’. Two large fans will keep your NAS cool and the DS1815+ has an internal power supply.