With a pretty short runtime, but some excellent humour, Tales From the Borderlands started strong. Can the second episode, Atlas Mugged, continue in the same vein?

There may still be a worrying lack of ClapTrap about, but Atlas Mugged retains a strong sense of humour. From a pretty gross early incident involving a dead/ not dead guy to the continued involvement of the slimy Vasquez, Episode 2 continues down a pretty strong path. The game struggles at points to introduce some of the (now burgeoning) cast of characters, but the surprise appearance of hologram/ ghost Handsome Jack was handled with aplomb, and he turned out to be a surprisingly ‘likeable’ addition to the cast.

Episode 2 continues thematically right down the same path as the first episode. It’s a very linear, story-driven adventure game, with a few timing-based QTEs to spice up the decisions and very basic puzzle solving. To mix things up a little bit more this time, the game changes up the pacing by splitting up the story of Rhys and Fiona, playing out the episode in small segments as they recount their journey. For the most part, the split narrative is handled thoughtfully – it’s certainly never confusing who you’re playing as, but the pacing can suffer. Even being a short episode, some segments feel drawn out, and as a result there are a few more misses with the humour than in the first episode. 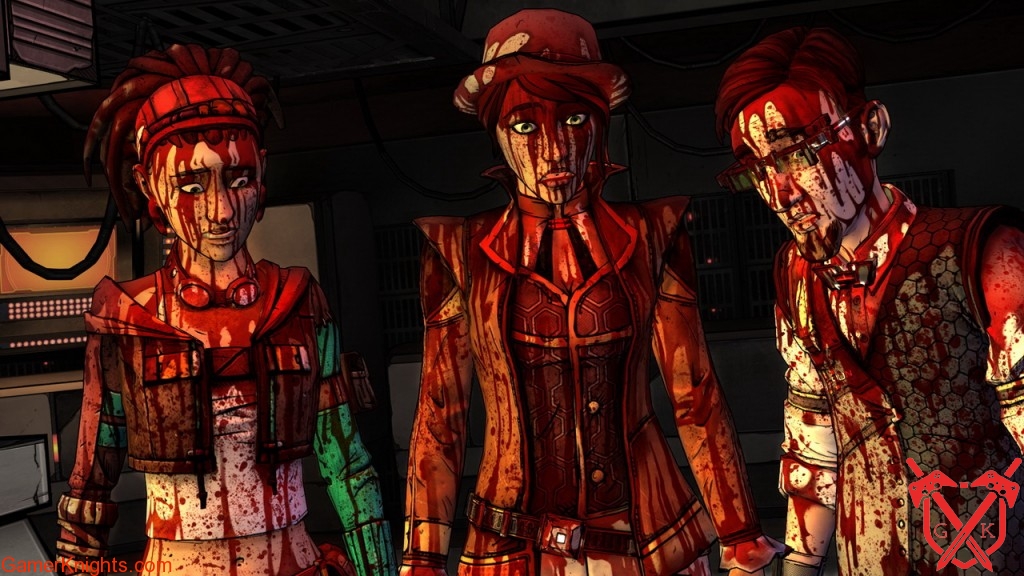 There are some really basic new additions to the game which hark back to some of Borderland’s main gameplay facets, such as being able to customise your ride with your cash, and a little bit of basic inventory management. However, these are pared right back and don’t have any real effect on the gameplay at all.

Atlas Mugged seemed even shorter than the first episode, barely clocking in at a couple of hours, whilst most of the QTEs were even easier, making the episode somewhat questionable value for money even for the genre. 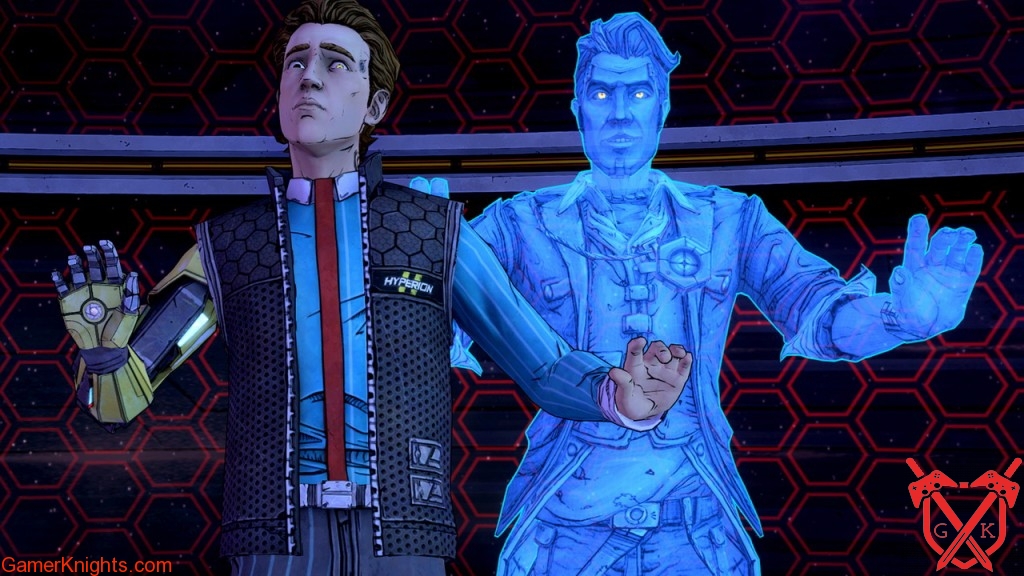 Atlas Mugged continues from Episode 1 in looking really nice, and the Telltale engine still really suits the universe. There’s more moments where the engine is stretched beyond what it’s really capable of – Vasquez’s car isn’t animated brilliantly, nor is the early chase sequence – it’s clear that moving at speed wasn’t something the game was designed for. But the characters continue to atone for any other sins; looking great and being really nicely expressive and well animated.

There’s more good use of music in episode 2, whilst the wider voice cast continues to do an excellent job with the script, whilst staying in keeping with the quirky characters and bizarre world of Borderlands which you’ve come to expect.

“Tales from the Borderlands: Episode 2” is unfortunately a bit of a filler episode – there just for some character exposition and to gradually move the plot forwards whilst introducing some more of the cast. It’s a disappointing episode, especially when compared against the first and given the length of time between the two. It’s not weak enough to consider giving up on this adventure yet, but I’m hoping it’s not evidence that Telltale have too much on the go at once.

Marvel’s Guardians of the Galaxy: The Telltale Series
24th April 2017