The rebirth of Tennis is now available.

More than two years have passed since its debut, and we are finally ready to take on the role of the best tennis players in the world again in what, for the French publisher, wants to be a real attempt at redemption. Tennis World Tour 2 is the result of a complete reset of the project , of the desire to put the past behind them and give fans what they have been waiting for for years: complete tennis, rich in content and fun to play.

To accomplish what on paper might have seemed an impossible mission, Nacon has decided to make drastic changes to the entire project : via the old development team to make room for the Australians of Big Ant Studios, already alongside the French company during the realization of AO Tennis 2 , a game dedicated to the Australian Open of discreet workmanship, without a shadow of a doubt much more successful than the alleged “big brother”.

Although the budget and expectations for the first Big Ant tennis were anything but stellar, the team was able to demonstrate great skill and inventiveness ; while not failing to highlight all the limitations of a product made with very little money and equally limited ambitions, the result has been able to rekindle the hope of fans, orphans of a thick game dedicated to their favorite sport for several years. 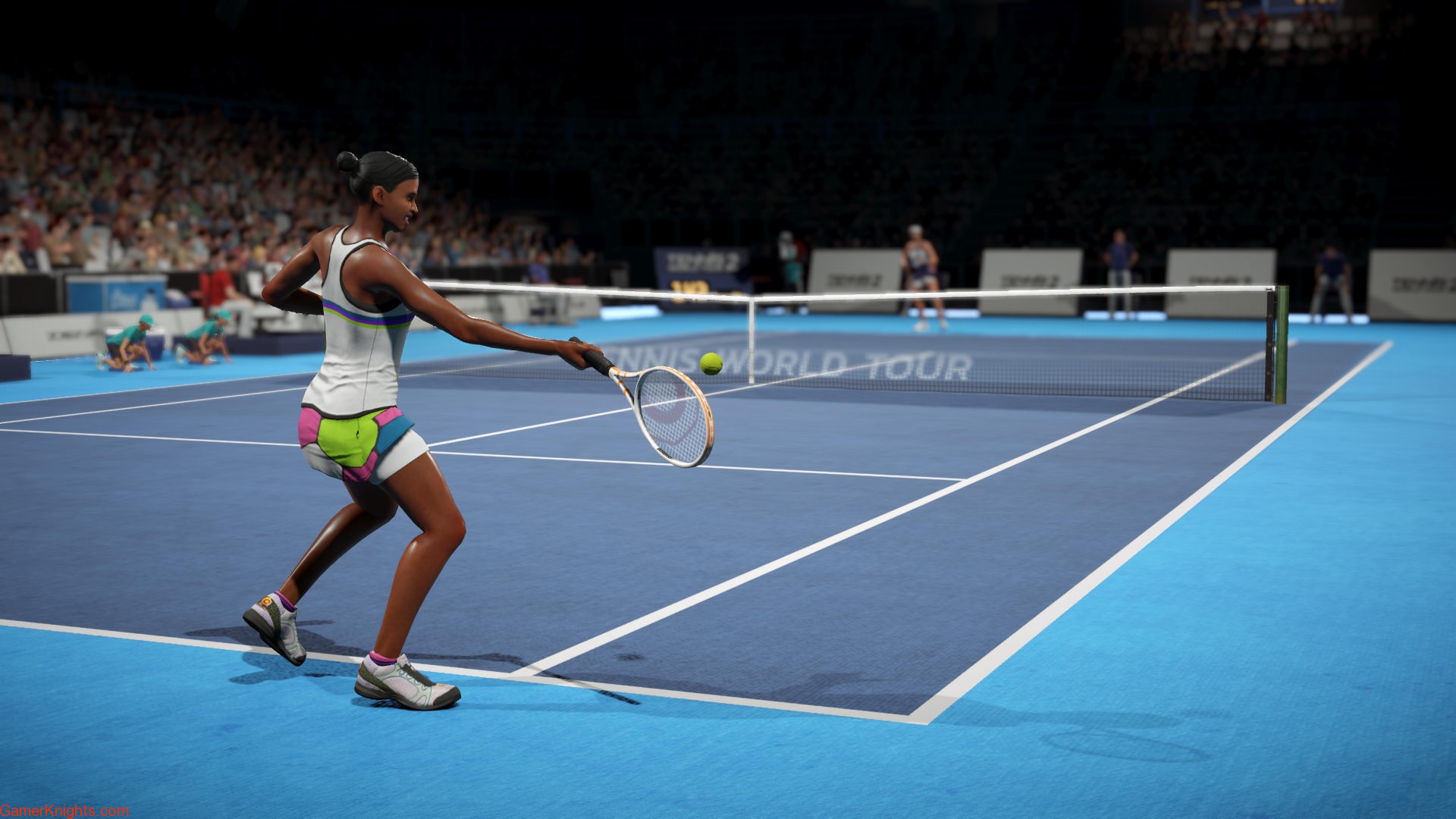 The content offer of Tennis World Tour 2 is decidedly substantial, much more than that of its predecessor. The roster is made up of 38 players , not counting, of course, our personalized athlete, who can be selected in any mode, as per tradition. The first surprise comes when you try to start an exhibition match, the classic quick friendly. Finally it will be possible to play doubles, both together with the AI ​​and surrounded by opponents in flesh and blood.

If you are looking for a more complex offline challenge, our advice is to throw yourself headlong into career mode , although this has proved to be one of the portions of the game to have changed less than two years ago. The iterative nature of this mode had already been anticipated to us in the preview by the publisher himself, who had also emphasized the fact that it was not a question of laziness: it was simply one of the few areas of the product mentioned. they were satisfied . And indeed, although it does not present who knows what innovative ideas, we too have found the essentiality of the single player mode sufficiently stimulating and fun.

We start with the creation of our character, configurable thanks to an editor that – just like that of AO Tennis 2 – presents an impressive number of customizations . Once this introductory step has been faced, it is only a matter of making your way through a string of activities to be tackled one after the other according to a pre-established calendar; what makes the difference compared to the past is above all the presence of a less solid gameplay, very different from what in the past often ended up making any creative flicker of the development team useless. 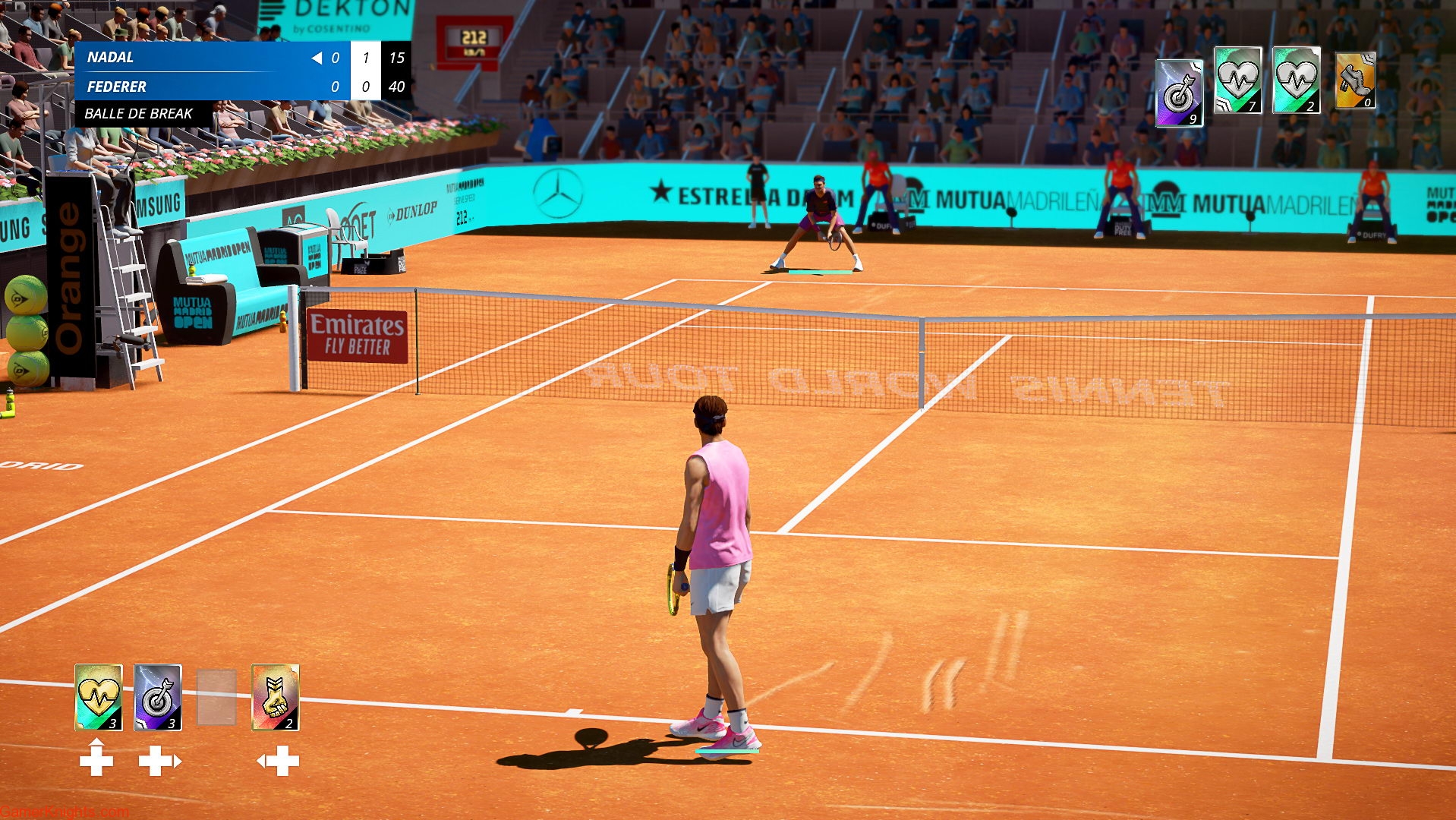 The real novelty – one of those we liked most of the whole package – is represented by the inclusion, complete with official graphics, of the hilarious Tie Break Tens, a hyper-fast format that is slowly starting to make its way into the hearts of fans. It is a very particular one-on-one tournament, characterized by very short games consisting of a single tie break – without therefore the canonical set and game – in which the first one who reaches ten points wins.

Each shot now requires more accuracy, and hitting the ball too early or too late can significantly affect the outcome of our shot . With each touch, of course, we will receive visual feedback on our timing, so that we can better calibrate the following ones. The incidence of this system on the success of an action, moreover, proved to be directly proportional to the power of the shot we made: those loaded, which already tend to have a lower accuracy, are much more influenced any imperfections in the choice of timing with respect to precision shots.

Definitely less incisive than we would have expected, however, the system linked to the upgrade cards, which while working properly and being very intuitive, it did not seem to affect the development of the game that much. On the one hand, however, it could also be better this way: we much prefer a minimally invasive mechanism to one in which the cards alone manage to make up for any shortcomings of the player. We will be able to equip a maximum of five different cards (“unpackable” in the shop using only the in-game currency), ready to be used in games by simply pressing a button. We usually talk about temporary boosts to vigor, accuracy or power, but, as we said a moment ago, nothing that can unbalance the balance of a match too much. 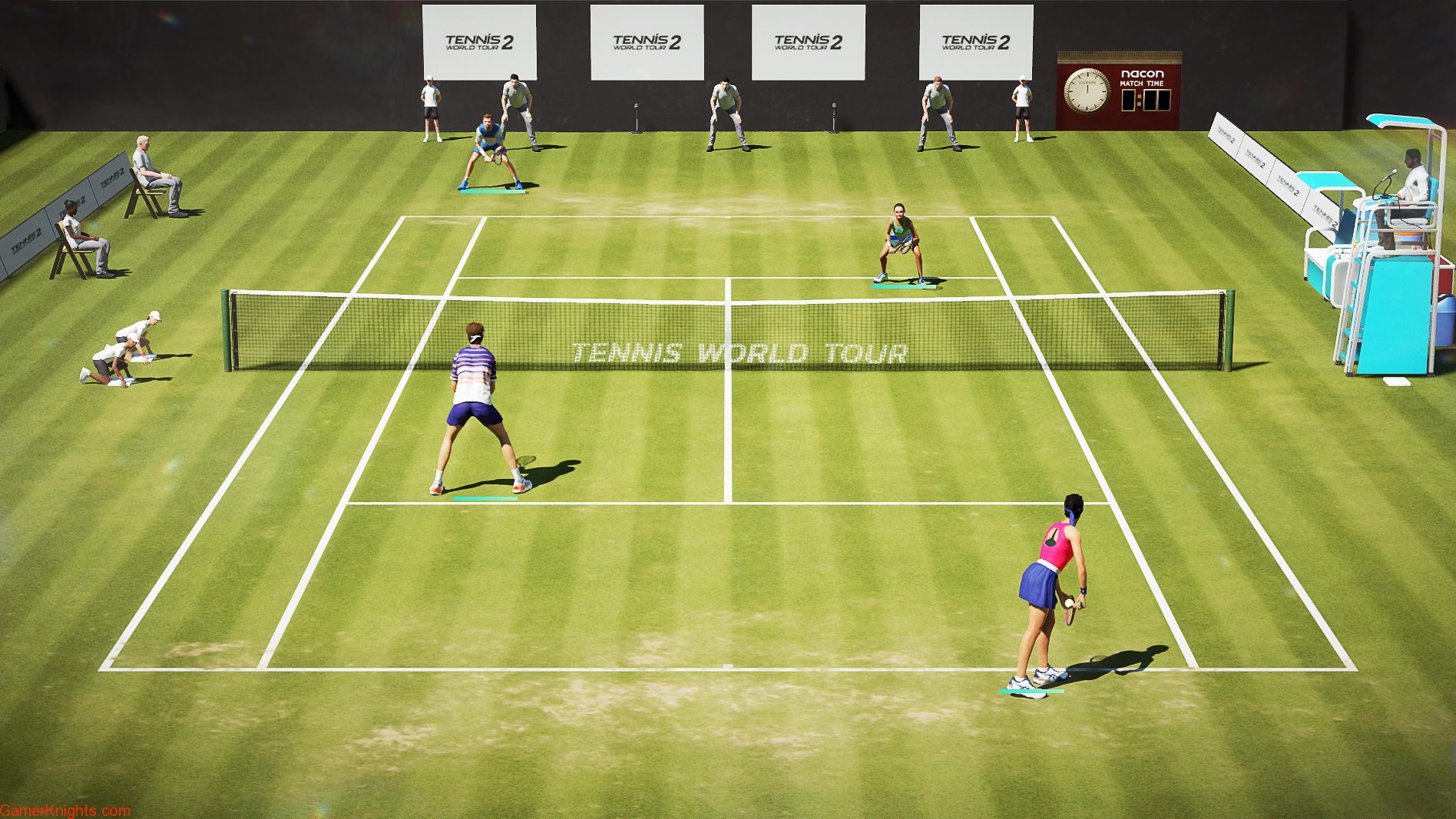 The development team, however, was certainly not the only problem of the first Tennis World Tour. The main flaw was the haste with which it was developed and distributed., in addition to the exorbitant technical debt accumulated due to the use of technologies that are certainly not in step with the times. Consequently, the graphics engine was also completely replaced, presumably aligning it with that used for the development of the counterpart dedicated to the Australian tournament. In all honesty, from a purely visual point of view – despite the obvious improvements – the final result continues to appear slightly dated , especially in close-up shots or when focusing on the details on the sidelines.

The change of engine, however, has allowed the developers to improve exponentially the fidelity of the animations and to eliminate once and for all a good part of those unforgivable bugs that plagued the previous incarnation. By increasing the number of animations, their fluidity and the game’s ability to read situations, for example, the guys from Big Ant have finally managed to ensure that each type of shot always manages to recall the correct movement. On the other hand, and it may seem strange, in the original Tennis World Tour it was very often that the game showed incorrect animations, making the gameplay unpredictable and inconsistent.a clear step forward compared to the past .

At first glance, Tennis World Tour 2 still seemed a bit rough and unfinished, but the pad in the hand proved to have a completely different step compared to its predecessor. The improvements in terms of gameplay and code cleaning are many, and almost all evident from the first minutes of the game; the new animation system, albeit with some flaws, has been able to positively surprise us, as well as the inclusion of new modes among the game options such as the little famous Tie Break Tens. Although it shows evident progress also from a technical point of view, visually speaking the title of Big Ant Studios continues to appear far from the quality standards to which sportsmen have accustomed us in the recent past. If you are passionate about the sport in question, however,