The Master Trials demands more from its players than the (already punishing) Breath of the Wild, and for those up to the challenge it’s a wild ride.

‘The Legend of Zelda: Breath of the Wild‘ wasn’t shy about how difficult it was. It reintroduced a punishing difficulty curve to a series that hadn’t asked too much of its players since the halycon days of the Super Nintendo – and longtime fans ate it up. Indeed, Breath of the Wild’s unwillingness to hold your hand quickly became one of the titles most praised elements. In my own original review I called it a ‘bloody hard game’, stating ‘I haven’t been this intimidated by trash mobs since Zelda II on the NES, and I’m loving every second of it.’

Nintendo has listened to its more masochistic fans, and seemingly crafted a pack of downloadable content tailored to us nutters. Aptly named ‘the Master Trials’, this first piece of a two part season pass introduces plenty of new challenges to sink our teeth into, whilst also bundling in some snazzy new costumes and helpful quality of life improvements. The following content drop, releasing later this year, is to be a more traditional, story based offering, but to get your hands on either you’ll have to grab the pass, which is going to be a frustrating expenditure for players who don’t care about increased challenge and simply want some more core content. Still, it’s a modestly priced season pass by contemporary standards and really, if you love BOTW you likely fell in love with its gleefully challenging gameplay, so I can’t see it alienating too many players. 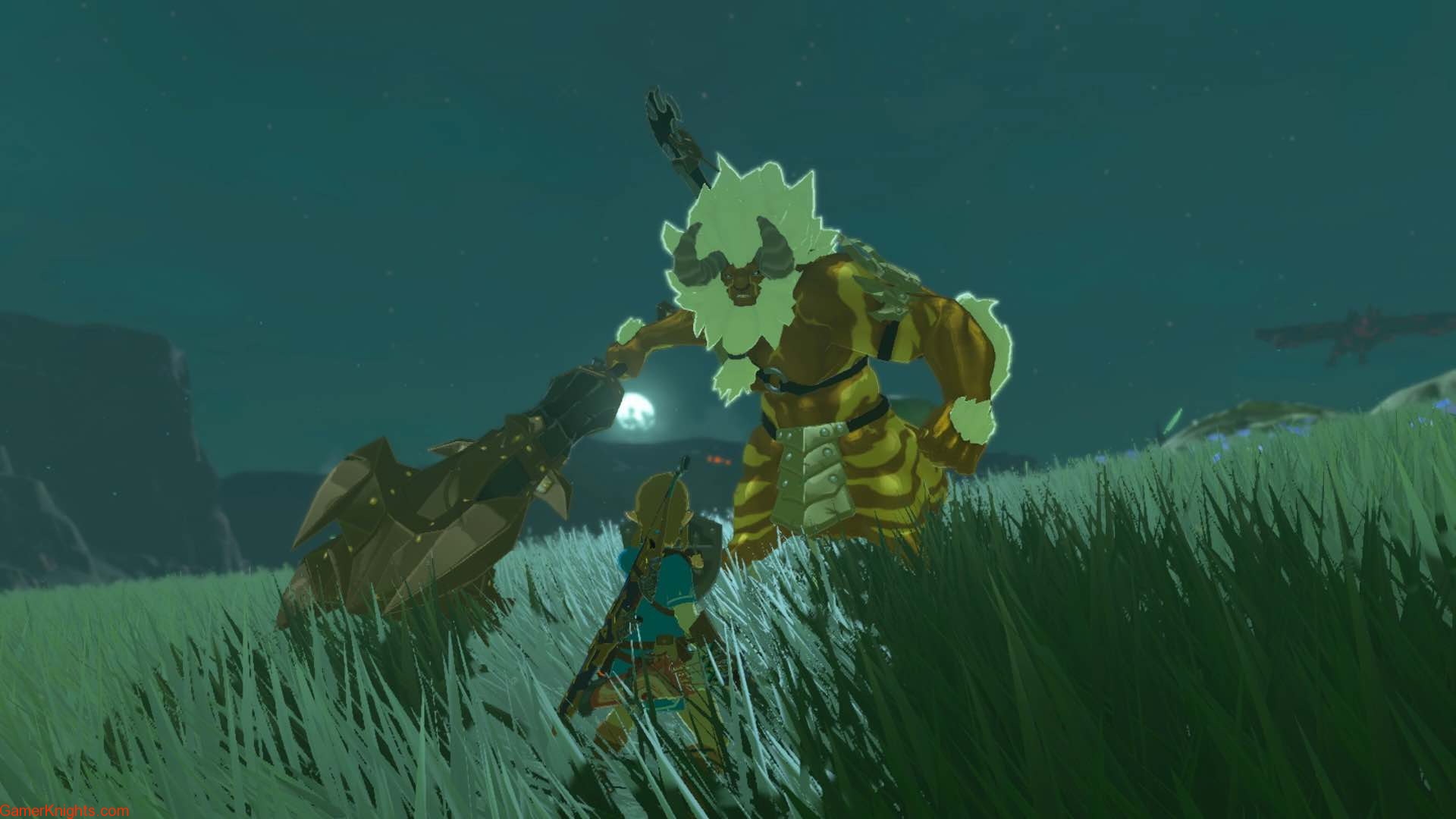 The ‘Trials’ portion of the DLC is probably where most players are going to get their moneys worth here: it’s a gauntlet of 45 arena battles that get significantly harder as you progress. These self-contained thunderdomes pit you against carefully crafted enemy encounters – early stages are bokoblin camps of increasing complexity, verticality and challenge, whilst later stages have you squaring off against foes whilst navigating environmental hazards, treacherous platforming and giant, run-killing bosses. Getting through enough of them will earn you a checkpoint and a boost in power to the Master Sword – and anyone who consistently returns to the only permanent weapon in the game will know how useful that boon is – whilst failing before victory will send you back to the start.

It’s a genuinely punishing set of waves that doesn’t pull its punches: much like the Eventide Isle quest in the main game, the trials strip you of your gear and leave with only your skivvies and whatever hearts you entered the ring with. You’ll have to scavenge weapons, arrows and foodstuffs to last the ten or so rounds before a boss and a checkpoint, and it’s a brutal and desperate hunt for anything of use. Low level clubs I would pass up in Hyrule-proper became invaluable treasures I saved for tougher enemies, physics-based attacks I usually never bothered with became my bread and butter and I hoarded every apple and acorn I could lay my grubby little mitts on for their minimal – but life-saving – healing properties.

Considering it’s the meat and bones of the Master Trials, the trials themselves thankfully prove to be an engaging and daunting task for even the mose experienced of Hylians. I loved working my way through them and was constantly surprised and entertained by Nintendo’s unique set-ups for every stage. I am not, however, looking forward to playing them again on the game’s new ‘Master Mode’. 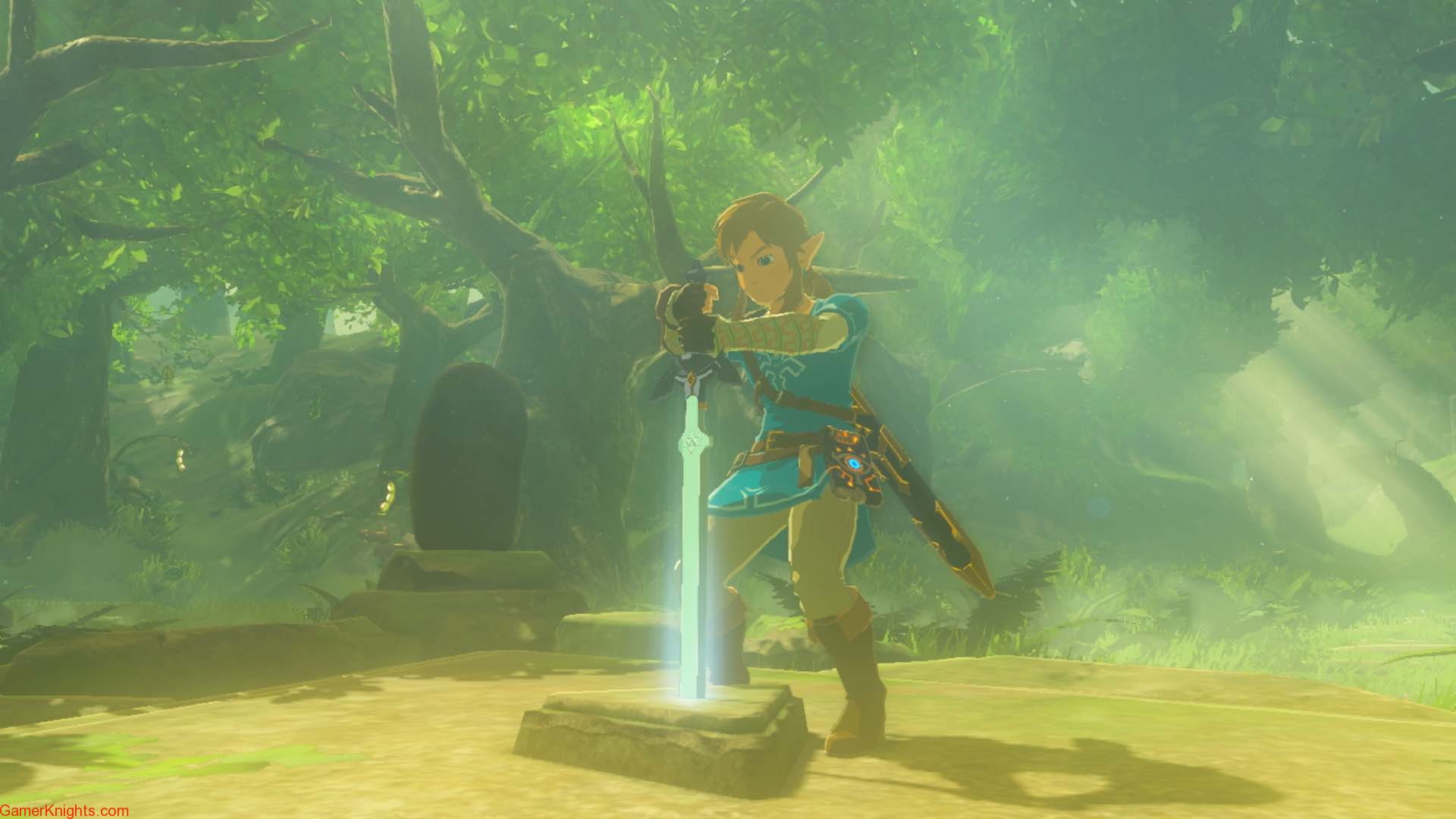 Master Mode is brutal. Giving you a fresh save file and kicking you back to the very beginning of the game, Breath of the Wild asks you to once more save Hyrule from Calamity Ganon, only this time with a significant bump in difficulty. Every enemy that populates Hyrule is a colour-grade (and thus, a difficulty-grade) higher than their normal mode counterparts, there’s a new gold tier of enemy difficulty (as if Silver Lynels weren’t ridiculous enough) and even new, floating enemy types. I’ll let that sink in, and then let you find out exactly what I mean for yourself – it’s a trip.