Sometimes, it's exactly as good as you remember.

Like much of my generation, Tony Hawk’s was a cultural touchstone. Not only did the hit games make wannabe skaters out of us all, it introduced us to the style, the music, and the attitude that the late 90’s skateboarding scene encapsulated so completely.  It’s an undeniably important game, not just to gamers but to skateboarding in general, which blew up following its release and made a household name out of the Hawkman.

THPS2 has long sat comfortably in my top ten games list – a title I revisited once a year to blast through all the goals and have a perfect day doing so. Despite this, I wasn’t overly excited about its remake: I’d been burned before in this regard, with quick upscales sapped of their musical heritage holding out an undeserving hand and asking us for our money. In the case of “Tony Hawk’s Pro Skater 1 + 2“, however, my fears were completely unfounded, and I’ve never been so happy to be wrong.

THPS needs to feel  right, and I’m thrilled to say it absolutely does here. If you’ve never played one of these games, the quick rundown is this: each level in the two games is set in a wildly different area. Whether you’re skating in an abandoned hangar, a school policed by an overzealous security guard, a bullring in mexico policed by an overzealous bull or even the alien-infested Roswell, you have a list of goals to complete. Grab all the hidden items, rack up a sick score, do a certain trick off a certain ramp. 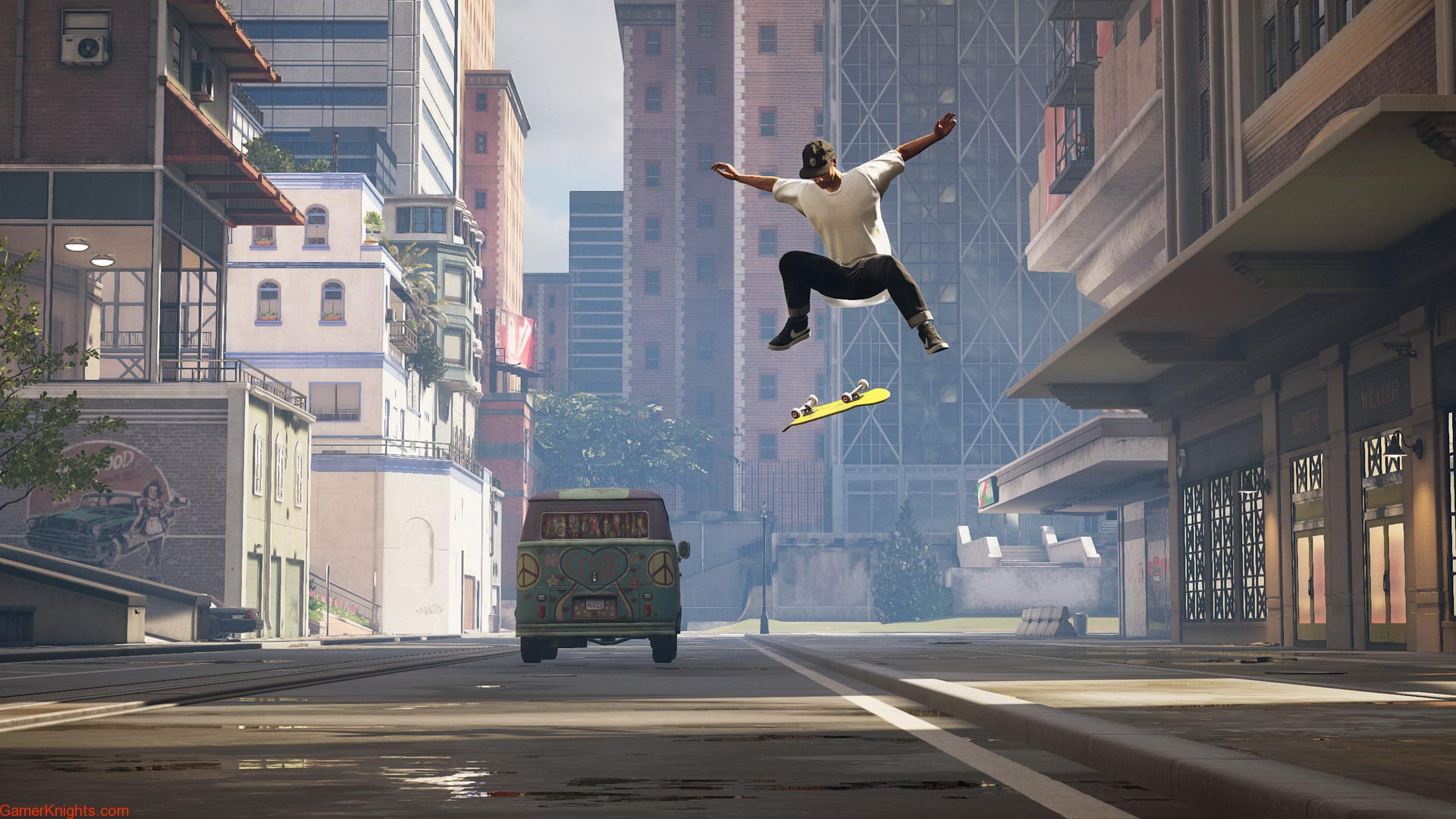 They’re not wildly inventive goals or anything, and for the most part you’ll be able to guess what’s coming – replace Warehouse’s ‘find 5 spray cans‘ with NYCs ‘find 5 subway cards’ and you start to get the picture. The goals are essentially just there to get you to fully explore the level and find some amazing lines, and with that goal in mind they work extremely well. Over the years speedrunning these goals has made me intimately familiar with each and every level of this collection.

THPS1 has had some extra goals thrown in to bring parity with its succesor, but for the most part the core experience of these games remains untouched. The THPS veteran might think that sounds like a days worth of fun and not much more, but this package is such a celebration of the THPS legacy that I’m still playing every single day. Besides the secret characters that are fiendishly difficult to unlock and an imaginative trophy list that will keep you pushing your skills long after you’ve 100%’d each campaign, the longevity is truly buyoued by a list of 700+ challenges.

A lot of these act like extensions to the goal list, with some monster gaps to achieve, high scores to tackle, weird and wacky combos to try and string together and a skater-specific list of oddities to accomplish. At first I bounced off the list, as intimidatingly huge as it was, but after completion I came back and began flicking through its multitude of tasks. Some really grabbed me instantly, just challenging enough that it made me think ‘I can do that’. Twenty minutes later and a challenge under my belt, I cockily returned to the list – and thus the age of having free time came to an end. Honestly, if it weren’t for the slightly clumsy UI I probably would have gotten hooked to this list long before my time with the campaign came to an end. Whilst it eventually became second nature, the clunky menuing actively put me off figuring out what was up with a lot of the game’s periphery features.